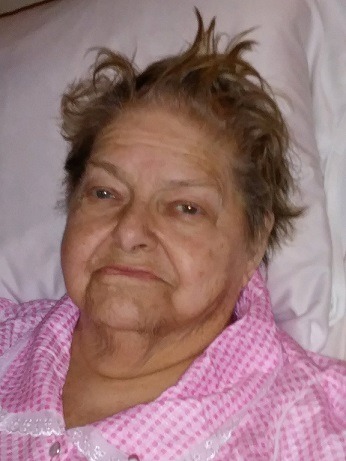 Ada M. Simpson, 82, of Covington, KY, passed away on Wednesday, March 28, 2018. She enjoyed spending time with family, especially her grandchildren. She was preceded in death by her husband: Glendale Simpson. She is survived by her daughter: Anita (Alan Brooks) Duncan; sister: Norma Kessel and several grandchildren, great-grandchildren and great-great-grandchildren. A Visitation will be held on Saturday, March 31, 2018 from 9:30 A.M. until the Funeral Service at 11:00 A.M. at Connley Brothers Funeral Home, 11 East Southern Avenue, Covington (Latonia), KY 41015. Interment: Jack Dempsey Elliott Cemetery in Woodbine, KY. Memorials are suggested to the American Cancer Society at Cancer.org. Online condolences may be expressed on Facebook or at ConnleyBrothersFuneralHome.com

My sincerest condolences to the family. May the treasured memories of your loved one bring you much comfort together with the words found at Psalms 147:3: “He heals the brokenhearted. He binds up their wounds.” May Jehovah, the hearer of prayer, grant you peace and strength during this most difficult time.