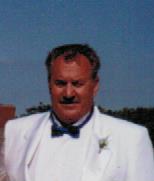 Alan “Big Al” Doherty, age 80 of Latonia, KY passed away on Tuesday, June 17, 2014 at St. Elizabeth Health Care Hospice in Edgewood, KY. He retired from the Teamsters Local 100 and drove for Lenox Trucking in Cincinnati, Ohio. He enjoyed sports and being on his house boat on the Ohio River. He was preceded in death by his Wife: Patty Dale Doherty, Daughter: Marti Lu Doherty and a Grandchild: Christa Doherty. Big Al is survived by 5 Sons: Eddie Doherty, Mike Doherty, John (Linda) Doherty, David (Michele) Doherty and Bobby (Maria) Doherty; Brother: Mike Doherty; 5 Grandchildren: Brittany Lee, Brandon Doherty, Jessie Doherty, Mike Doherty and Josh Doherty; 2 Great Grandchildren and 1 Great Great Grandchild. The Visitation will be on Friday, June 20, 2014 at Connley Brothers Funeral Home in Latonia, KY from 10:30 AM until the Funeral Service at 1 PM. Interment in Mother of God Cemetery in Fort Wright, KY. Online Condolences may be expressed at www.connleybrothersfuneralhome.com.

I know i couldn’t be there in the end for you. You were my father and i was devastated when i had to hear that you were gone! My world has not ben the same without out my ma and pa! There is so much i want to say!! I’ll see you on the other side! LOVE you PA!!

Al truly was a blessing to his former roommate, Mike, during his stay at Rosedale. Al made Mike’s time in a nursing home not only bearable, but enjoyable. Whether it was coming up with new ways to outsmart the therapists or sneak around the nurses, he gave Mike something to look forward to every day. Al truly was the only friend Mike ever had. And even after Al had gone home he still came back to visit Mike regularly, and gave him a a wonderful framed picture of the therapists at Rosedale. I will always remember how good he was to Mike and he,Michele and Dave will always have a special place in my heart. God bless you.

Pa, you were the best father-n-law anyone could ever ask for. You were always there for David & I thru the years. May you rest in peace with Ma, Marti & Christa. You were truly the best man I ever met!!! Love you always and forever………Michele