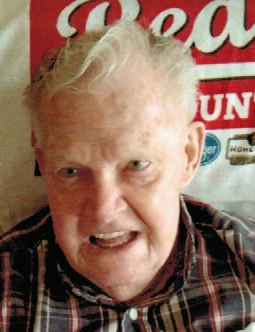 Albert Durr, Jr., 94, of Taylor Mill, KY passed away on Saturday, August 6, 2016. He retired from General Electric Company as a foreman after 38 years of service. Albert was a WWII Army Veteran where he attained the rank of Sergeant. He attened Latonia Baptist Church, was a KY Colonel, a graduate of Holmes High School. He enjoyed golf, woodworking and watching U.K. Basketball and the Cincinnati Reds. He also served on the board of Scarlet Oaks in Cincinnati, OH. Albert was preceded in death by his wife, of 67 years, Ethel T. Durr. He is survived by his sons: Michael (Jane) Durr and Jeffery Durr; grandchildren: Jeffrey (Niki) Durr, Kristin (Nick) Owens and Timothy Durr and great-grandchildren: Natalie, Audrey, Taylor, Lily, Aliyah and Carter. Visitation will be at Connley Brothers Funeral Home, 11 East Southern Avenue, Covington (Latonia), KY 41015 on Thursday, August 11, 2016 from 4 PM until 7 PM. Funeral service will be at Connley Brothers Funeral Home on Friday, August 12, 2016 at 10 AM. Interment and Honor Guard service will be at Highland Cemetery. Online condolences may be expressed at www.connleybrothersfuneralhome.com

We wanted to express our sympathies to you at his time and share a thought that gave us comfort. At Daniel 12:2 , “And many of those asleep in the dust of the earth will wake up, some to everlasting life …” May this thought bring you comfort as it did our family during our time of loss.
JR

Condolences From The Last Of The Gregg Family. Ida Duerr Gregg And Homer Gregg’s Children. Albert Sr. Was A Cousin.

Sorry for your loss

Rest in peace dear Al. You were a great neighbor and person. My parents and I thought so highly of you. My sympathies for Mike and family, as well as Jeff.