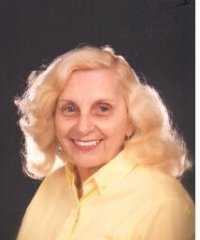 She retired from St. Elizabeth Medical Center North in Covington, KY as a Nurse. She was a former Nurse for the Covington Holmes Marching Band, Kentucky Colonel, Former Treasurer of the Eighth District School PTA, Women’s Auxiliary of Covington Retired Police Officers Association where she was a member and former Treasurer, Former member of Daughters of America Covington Chapter and a member of St. Benedict Catholic Church in Covington, KY.

She was preceded in death by her Husband, Jesse Sanders, Jr. on March 25, 1998 and a Sister, Mary D. Cooper. She is survived by her Daughter: Mary E. Sanders of Latonia, KY, Sons: Donald J. (Peggy) Sanders of Aurora, IN, Richard R. (Elena) Sanders of Volgograd, Russia, Robert E. (Shirley) Sanders of Covington, KY and Jeffrey M. (Betsy) Sanders of Ft. Thomas, KY, 17 Grandchildren and 14 Great Grandchildren, 1 Niece and Several Nephews.

Memorials to: Charity of Donor’s Choice.

The Kampsen & Spille families are honored to have known and loved Madge. She was a great friend to my grandparents (Ralph & Mary) and personally helped bring me into the world at St. E. North. I always enjoyed her visits to the pharmacy where she always had a great story about my grandparents or pictures to share. Her legacy will endure, relish the memories like she did regularly.
Best,
Scott