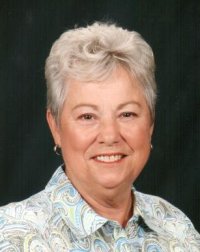 Barbara Swim Hinkle, age 74 of Florence, KY formerly of Latonia, KY passed away on Sun., May 27, 2012 at St. Elizabeth Health Care Hospice in Edgewood, KY. She Retired as a Legal Secretary with various Attorney’s. She was a member of St. Timothy Church in Union, KY. Member of Twin Oaks Team Play. As an Avid Golfer, A Proud Accomplishment was a hole-in-one in 2006. Barbara is survived by her Husband: Dan Hinkle of Florence, KY, Daughters: Ronda (Rob) Dawson of Florence, KY and Brenda (Chris) Noll of Florence, KY, Sister: Arlita Swim Cummins of Florence, KY & Grandchildren. The Visitation will be on Wednesday, May 30, 2012 at St. Timothy Church 10272 HWY 42 Union, KY 41091 from 10 AM until the Mass of Christian Burial at 12 NOON. Memorials are suggested to: Williams Syndrome Association and /or Esther Marie Hatton Cancer Care Center. Connley Brothers Funeral Home in Latonia, KY is serving the family. Online Condolences may be made at: www.connleybrothersfuneralhome.com

Dan:
I’m sorry for your loss. I clerked for Wayne Bridges when they were located in the First National Bank Building at 6th and Madison. Barb helped me out with typing stuff for law school and helped me with some of the law firm protocols in dealing with both lawyers and clients. I’ve been out of the legal loop since my stroke and my retirement since 2006. I shall not forget her example of Christian charity and her many kindnesses.

Dear Family and Friends of Barb,
You have my sincere Sympathy on the passing of Barb. Barb was and will always be an inspiration to us all.
May WE all find comfort in the many memories we share with Barb.

WHEN I THINK OF BARB, I ONLY REMEMBER THE GOOD TIMES WE HAD WHICH WERE ABUNDANT! NOBODY HAD MORE FUN THAN WE DID, JUT ASK HER!