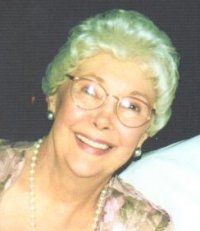 Barbara Joyce Patterson, age 77, of Latonia, KY passed away on Sunday, May 20, 2012 at St. Elizabeth Hospice in Edgewood, KY. She was a longtime member of Ludlow Baptist Church. Barbara is preceded in death by a Son: Robert Patterson (2011) and a Granddaughter: Rebekah Randall (2001). She is survived by her Son: Ron (Lynda) Randall, Jr., Daughters: Sherri (Bob) Ryan and Lisa (Chris) Einhaus, 11 Grandchildren and 4 Great Grandchildren. Visitation will be held at Connley Brothers Funeral Home in Latonia, KY on Wednesday, May 23, 2012 from 10 AM until the Funeral Service at 12 NOON. Interment will be at Independence Cemetery in Independence, KY. Memorials are suggested to St. Elizabeth Hospice 483 South Loop Road Edgewood, KY 41017. Online Condolences can be made at www.connleybrothersfuneralhome.com