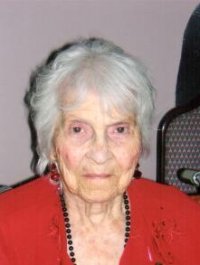 Betty Lee Alma Reik, age 94 of Latonia, KY formerly of St. Petersburg, FL passed away on Fri., Oct. 21, 2011 at Rosedale Manor Nursing Home in Latonia, KY. She was a Retired Teacher with the Kentucky Board of Education and she also worked for the Diocese of St. Petersburg, FL. Originally from Ft. Thomas, she began her career teaching in mining camps near Middlesboro, KY. She loved music, often attended the symphony and played the organ. She also enjoyed traveling in Europe and the Holy Land. She was devoted to her church, and put her faith into action throughout her life. She was preceded in death by her Husband: Elder (Pat) Reik in 1972. Betty is survived by her Sister: Marcia (Charles) Gillham of Latonia, KY, 3 Nieces, 3 Nephews and 8 Great Nieces and Nephews. A Graveside Service will be on Monday, October 24, 2011 at St. Mary Cemetery in Fort Mitchell, KY at 1:30 PM. No Visitation. Connley Brothers Funeral Home in Latonia, KY is serving the family. Online Condolences may be sent to www.connleybrothersfuneralhome.com.

Oh yeah, I was also going to tell a “cussing story” of my own:Back at Thanksgiving, I was with my hansubd’s family in NJ at a family gathering. As we were leaving & saying our goodbyes, one of Dan’s uncles by marriage said, “your boys are really good boys. And you’re a hell of a mom. A hell of a mom.” (wow, he even repeated it for emphasis) I was thinking that maybe I hadn’t been wearing Christ very well if he didn’t realize that might not be an appropriate way to compliment me, but if a preacher can have something similar said to him, then I guess I’m safe. I never knew I’d be sharing that story.