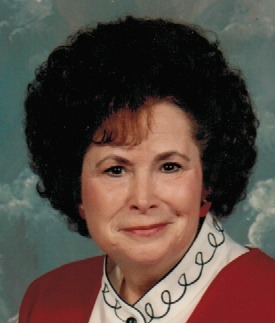 Billie Jean Johnson, 83, of Latonia, KY passed away on Tuesday, February 9, 2016. She was a retired Switchboard Operator with Central Trust Bank in Cincinnati, OH. Billie was a member of Sounds of Victory Church of God in Cold Spring, KY. Her biggest enjoyment in life was spending time with her family and traveling. Billie was also a very devoted Christian. She was preceded in death by her Husband: Donald Ray Johnson. Billie is survived by her Sons: Stephen (Kim) Johnson, Sr. and Mike (JoAnn) Johnson; Grandchildren: Dessiree’, Scott, Stephen, Jr., Caleb, Jenny and Cody; 6 Great-Grandchildren; Sister: Glenna Akers and Numerous Nieces and Nephews. Visitation will be on Saturday, February 13, 2016 from 11:00 AM until the Funeral Service at 1:00 PM at Connley Brothers Funeral Home, 11 East Southern Avenue, Covington (Latonia), KY 41015. Interment will be in Floral Hills. Online condolences may be expressed at www.connleybrothersfuneralhome.com.