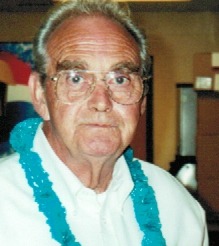 Bobby G. Hagan, 81, passed away at his residence on Thursday, December 29, 2016. He was a Veteran of the United States Army, a retired Insurance Salesman, a member of the Log Cabin Old Mens Breakfast Club and he loved to travel, frequent yard sales and spend time with his family and live life to the fullest. Bobby was preceded in death by his wife: Judith A. Hagan; son: Robby Hagan and sister: Judith Niewahner. He is survived by his daughter: Missie (Todd) Foster; son: Shawn (Karrie) Hagan; companion: Delores ” Maggie” McCarter; sisters: Thelma Coleman and Jean Mearns; brother: Marty (Roma) Hagan; grandchildren: Vickie, Jill, Jared, Aaron, Koty, Adam, Josh, Jade, Lauren and Steele and 9 great-grandchildren. Visitation will be at Connley Brothers Funeral Home, 11 East Southern Avenue, Covington (Latonia), KY 41015 on Monday, January 2, 2017 from 2: 30 P.M. until 4:30 P.M. A Celebration of Life will follow at the Latonia American Legion. Memorials are suggested to the V.A. Medical Center, Cincinnati (Voluntary Services) &/or St. Elizabeth Hospice. Online condolences may be expressed on Facebook or at www.connleybrothersfuneralhome.com

It is with GREAT sorrow to send my online condolence to Bobby Hagan’s wonderful family on his recent death. What a shocker! I have met his entire family from Judy to my sister Thelma and one of my best friends Delores. The last time I saw them was at a Holmes ’55 Reunion, when Chuck and I sat at the table with Bobby and Delores, and the Abbotts. What great fun! He will sorely be missed…
Love and Sympathy to the Entire Family, Reba