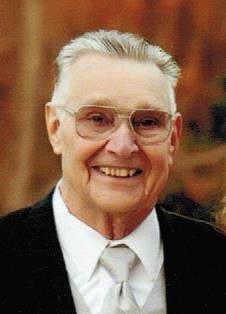 Clifford J. Hammer, age 81 of Latonia, KY passed away on September 23, 2013 at his home. He was a retired Electrician, member of Holy Cross Church, Bingo Volunteer worker, avid Stained Glass Artist and owned numerous rental properties in Covington, KY. Cliff was a Devoted Husband, Dad, Papa and Great Grandpa. He was also an Air Force Veteran during the Korean Conflict. He was preceded in death by his Wife: Bettie J. Neiser Hammer in 2009 and a Daughter: Bridget Lynn Mitchell in 2001. Cliff is survived by his Daughters: Vanessa (David) Lee Cepluch and Jamie Margaret Herald; Sisters: Mickey Bowen, Bert Slaughter, Millie O’Brien and Marilyn Dressman; Brother: Herb Hammer; Grandchildren: Jasmine (Aaron) Mears, Holly (Joseph Barrett) Herald and Hillary Mitchell; Great Grandchild: Jackson Mears; Son-in-Law: Mark Mitchell. The Visitation will be on Wednesday, September 25, 2013 at Connley Brothers Funeral Home in Latonia, KY from 4 PM until 7 PM, with Prayers on Thursday, September 26, 2013 at the funeral home at 9:50 AM, followed by Mass of Christian Burial at 10:30 AM at Holy Cross Church. Interment in Mother of God Cemetery in Fort Wright, KY. Memorials to: St. Benedict Church 338 East 17th Street Covington, KY 41014. Online Condolences may be expressed at www.connleybrothersfuneralhome.com.

To the family of Clifford Hammer,
My deepest condolences on the loss of Clifford. My friend Holly spoke so lovingly of her grandfather and although I didn’t know him in person I sure would have liked to.
Know that you and your family are in my thoughts and prayers at this time.
Sincerely,
Lisa Jones (Ron) & Brent Stinebuck (son)