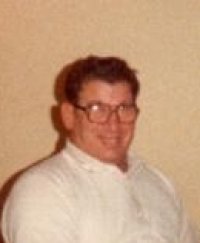 Daniel Charles Hardebeck, age 80 of Independence, KY passed away on Thursday, December 20, 2012 at Woodcrest Manor in Elsmere, KY. He Retired from Formica, Inc. as a Welder and a Pipefitter. He was a member of St. Cecilia Church and was preceded in death by his Wife: Arlene Frances Hardebeck in 2011. Daniel was an Army Veteran during the Korean Conflict. He is survived by his Daughter: Tawny Hardebeck of Independence, KY; Adopted Daughter: Debbie Gerde of Independence, KY; Sister: Mary Alma Ludwig of Covington, KY and a Brother: Ray Hardebeck of Independence, KY. The Visitation will be on Saturday, December 22, 2012 at Connley Brothers Funeral Home in Latonia, KY from 9:30 AM until the Catholic Blessing at 10:30 AM. A Honor Guard Service and Interment will be in Floral Hills Memorial Gardens in Taylor Mill, KY. Memorials to: Independence Fire Station, District No.1 1980 Delaware Crossing Independence, KY 41051. Online Condolences may be made at: www.connleybrothersfuneralhome.com.

Ray and all,
Our condolences and prayers to you on the passing of Daniel.
Charlie and family

Tawny, Debbie, Aunt Sissy, and Uncle Ray,
Uncle Dan was truly a special man and I treasure the times I spent with him. My thoughts and prayers are with you and all the family in the coming days ahead. May you find comforting peace. Love to you all, Cindy

Tawny, Debbie, Aunt Sissy, Uncle Ray – please know that Kevin and I are keeping you & all of the family in our prayers. May your happy memories of Uncle Dan comfort you in the days ahead. He was a wonderful man. Love to all.

Thinking of all you. Love and hugs. Wish I could be there to comfort you. I will offer my Saturday Adoration hour for all.