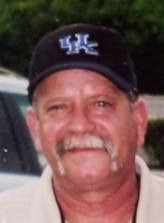 Danny Ray Clendenen, 60, of Ludlow, KY, was born on June 13, 1954 and passed away on Wednesday, November 12, 2014 at his home. He was a retired truck driver and enjoyed fishing and all sports especially football. Danny was an avid fan of the Cincinnati Bengals and the Cincinnati Reds. He was preceded in death by his Mother: Jacquline Clendenen. Danny is survived by his Daughter: Nicole (Albert) Wellen; Son: Chris (Misty) Clendenen; Grandson: A.J. Wellen; Father: Ray Clendenen and Sister: Patti (Chuck) Richards. Services will be held at a later date. Memorials are suggested to Action Ministries 4375 Boron Drive Covington, KY 41015. Online Condolences may be expressed at www.connleybrothersfuneralhome.com

So sorry for your loss, I went to school with Danny at Holmes High School.