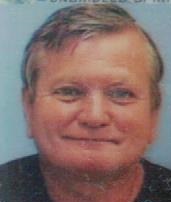 David Lee Green, 57, of Independence, KY passed away on Saturday, May 9, 2015. He was a Veteran of the U.S. Marine Corps serving during the Vietnam Era, and a member of Seven Hills Church in Florence, KY. He was preceded in death by his Parents: Elmer and Joyce Singleton Green. David is survived by his Wife: Sherry Hutchison; Sons: James Green, Daniel Green, Mike Green and Christopher “Boo” Green; Several Grandchildren and Sisters: Ann Roth, Judy Holloway and Julie Kirby. Interment and Honor Guard service will be in Kentucky Veterans Cemetery North in Williamstown, KY on Thursday, May 14, 2015 at 11:00 AM. Memorials are suggested to www.thecurestartsnow.org. Online Condolences may be expressed at www.connleybrothersfuneralhome.com.

The US Marine Riders Association (www.usmarineriders.com) wish to express their sincere condolences to the family and sympathy to the friends of David Lee Green, US Marine and Vietnam Era Veteran. His service as a Warrior and the many personal sacrifices he made are truly worthy of the title “American Hero”. We all thank him for defending the United States of America, her freedoms and interests. His outstanding devotion to God, Country, Family and Corps will not be forgotten by those who have gone before him and those who are currently serving. Luther, you mission is complete, stand down and rest In Peace! Semper Fi Brother!