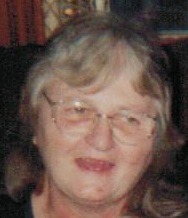 Deborah C. Frank, 64, of Covington, KY passed away on August 9, 2015. She was an avid Bingo player, loved animals, dancing and spending time with her Grandchildren. She was preceded in death by her Daughters: Kimberly Frank and Theresa Lynn and Sisters: Zelma Lynn and Frances Lynn. Deborah is survived by her Daughter: Katrina Trent; Son: Stephen (Bonnie) Frank; 4 Grandchildren; 4 Great-Grandchildren; Sister: Jeanie (Wilbert) Young and Brother: Robert Lynn. Visitation will be on Thursday, August 13, 2015 from 9:30 AM until the Funeral Service at 11:00 AM at Connley Brothers Funeral Home, 11 East Southern Avenue, Covington (Latonia), KY 41015. Interment will be in Highland Cemetery in Fort Mitchell, KY. Memorials are suggested to the Charity of the Donor’s Choice. Online condolences may be expressed at www.connleybrothersfuneralhome.com