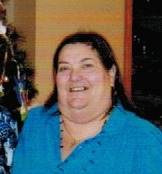 Denise Dwertman Leon, 59, passed away on Friday, March 4, 2016. She was a volunteer with St. Elizabeth Healthcare in the gift shop, she was a former photo lab manager with The Kroger Company, she enjoyed board games, crossword puzzles and playing cards. She was also an avid animal lover. Denise is survived by her mother: Emily Kampsen Bailey; sister: Vikki (Galen) McKendry; nieces: Julie McKendry and Amy McKendry; numerous aunts, uncles and cousins and her beloved dog: Cosmo. Visitation will be at Connley Brothers Funeral Home, 11 East Southern Avenue, Covington (Latonia), Kentucky 41015 on Tuesday, March 8, 2016 from 4 until 6 PM. The Catholic Blessing will be on Wednesday, March 9, 2016 at 11 AM at Connley Brothers Funeral Home. Interment will be in Mother of God Cemetery. Memorials are suggested to any Animal Shelter. Online condolences may be expressed at www.connleybrothersfuneralhome.com