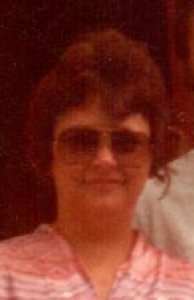 Dolores Jean Langdon, age 68, of Crittenden, KY passed away on Monday, December 17, 2012 at St. Elizabeth Health Care in Florence, KY. She was Preceded in death by her Daughter: Jeannie Setser in 2010 and Granddaughter: Crystal Setser in 1999. Dolores is Survived by her Daughter: Dolores Trusty of Las Vegas, NV; Sons: Jerry Setser of Covington, KY and Zachary Langdon of Crittenden, KY; 10 Grandchildren and 8 Great Grandchildren. Visitation will be held at Connley Brothers Funeral Home in Latonia, KY on Saturday, December 29, 2012 from 10 AM until the Funeral Service begins at 11 AM. Online Condolences may be left at www.connleybrothersfuneralhome.com