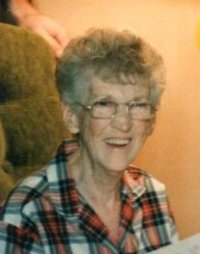 Dorothy Marie Rains Tippie, age 97 of Walton, KY passed away on Thurs., August 30, 2012 at her home. She retired from WCET Television Station as a Bookkeeper, prior to that she was a Bookkeeper with Kahn’s in Cincinnati, Ohio and a Bookkeeper with the former AGAPE Chapel in Florence, KY, A member of Gethsemane Methodist Church in Burlington, KY and a Volunteer at Fairhaven Rescue Mission. She was preceded in death by her Husband: Laurel James Tippie in 1988, A Brother: Ralph Rains and 3 Sisters: Carol Mitchell, Christine Lawhorn and Georgia Rains. Dorothy is survived by her Daughter: Susan Smith of Walton, KY, 2 Grandchildren and 2 Great Grandchildren. The Visitation will be on Wed., September 5, 2012 at Connley Brothers Funeral Home in Latonia, KY from 9:30 AM until the Funeral Service at 12:30 PM. The Service will be conducted by Pastor George Shafer. Entombment in Floral Hills Cemetery. Memorials to: Eagle Mountain Ministries P.O. Box 300 Leonard, OK 74043 or Hospice of the Bluegrass 7388 Turfway Road Florence, KY 41042. Online Condolences may be made at: www.connleybrothersfuneralhome.com.