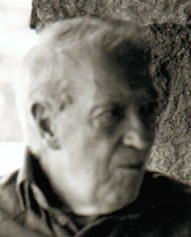 Earl Jenkins, 92, of Latonia, KY passed away on Tuesday, June 17, 2014 at St. Elizabeth Health Care in Covington, KY. He is a Veteran of the U.S. Army serving in World War II where he was the recipient of the Purple Heart. Earl retired from the V.A. Hospital in Cincinnati, OH after 30 plus years of service as a Statistical Record Keeper. Earl was a member of the American Legion Post #203 and the First Christian Church in Covington, KY, he was also an avid bowler. He was preceded in death by his Son: Malcolm Edward Jenkins in 1985. Earl is survived by his Daughters: Louise (Don) Jenkins Roundtree and Betty Jenkins Linnemann; Grandchildren: Donny, Angela, Jimmy, Susan, Kevin and 6 Great Grandchildren. Visitation will be Monday, June 23, 2014 from 10:00 AM until time of the Funeral Service at 12:00 PM at Connley Brothers Funeral Home in Latonia, KY. Interment will be at Kentucky Veterans Cemetery North in Williamstown, KY where a Honor Guard service will take place. Memorial Suggestions should be made out to the American Heart Association P.O. Box 15120 Chicago, IL 60693 and/or Wounded Warrior Project at www.woundedwarriorproject.org. Online Condolences may be expressed at www.connleybrothersfuneralhome.com.

Sorry for your lose. Our Prayers are with you.