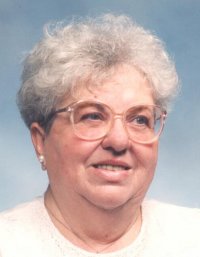 Eleanor Butte Wilson, age 86, of Independence, KY, formerly of Taylor Mill, KY, passed away on Sunday, October 14, 2012 at Woodcrest Manor Nursing Home in Elsmere, KY. She worked as a tax specialist for the IRS in Cincinnati, OH. She lived many years near Lake Cumberland where she enjoyed fishing, boating, hiking and the outdoors. Eleanor was preceded in death by her first Husband: Robert Henry Butte in 1967 and second Husband: Orlin Jess Wilson in 2006; Son: Gerald Butte in 1982. Eleanor is survived by her Daughter: Nancy (Kelly) Collins of Independence, KY; Son: Robert (Becky) Butte of Indianapolis, IN; Step-Son: Alan Wilson of Middleburg, FL; Grandchildren: Travis Reis and Tyler (Kate) Reis. A chapel service will be held at Floral Hills Memorial Gardens in Taylor Mill, KY on Wednesday, October 17, 2012 at 9:00 AM with Interment to follow. Connley Brothers Funeral Home in Latonia, KY is serving the family. Memorial contributions may be made to the donor’s choice. Online Condolences may be left at www.connleybrothersfuneralhome.com

To the Family of Eleanor, You have my deepest condolence in the passing of Eleanor. I only knew her a short time at the Conley.We played Bingo at the Conley.She was a very nce person. she will be missed. Linda Jenkins, Latonia,Ky