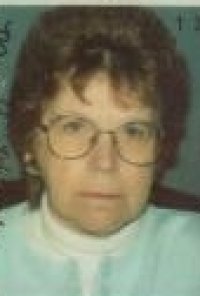 Fannie Wilson, age 85 of Latonia, KY passed away on Saturday, September 22, 2012 at St. Elizabeth Health Care Hospice in Edgewood, KY. She Retired from Safegard Corporation in Covington, KY after 30 years of service. Fannie is survived by 3 Daughters: Judy Fender of Latonia, KY, Barbara Williams of Covington, KY and Ruth Roberts of Dry Ridge, KY; 2 Sons: Roger Coffman of Latonia, KY and James Roberts of Bowling Green, KY; 8 Grandchildren and 10 Great Grandchildren. The Visitation will be on Tuesday, September 25, 2012 at Connley Brothers Funeral Home in Latonia, KY from 1 PM until the Funeral Service at 2:30 PM. Interment in Mother of God Cemetery in Fort Wright, KY. Memorials to: St. Elizabeth Hospice 483 South Loop Road Edgewood, KY 41017. Online Condolences may be made at: www.connleybrothersfuneralhome.com.

My sincere condolences to your family during this most sad time. May your special memories help you to cope. And may the promise by God, for a future resurrection, soothe your hearts.–John 5:28, 29

You are all in my prayers.