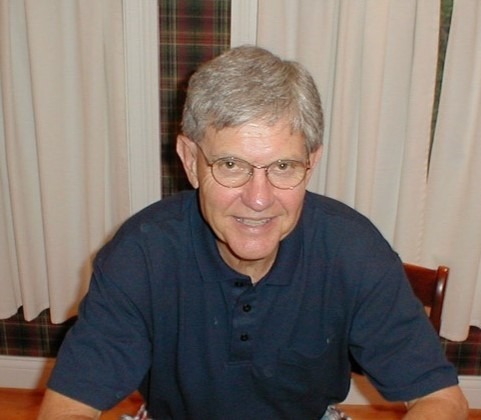 Gene W. Terry, 85, of Taylor Mill, KY passed away on Thursday, March 3, 2022. He was a graduate of Holmes High School in Covington, KY in 1954 where he was a three-sport star in football, basketball and baseball. Gene earned a full scholarship in football to Xavier University and was a three-year letterman between 1954 and 1958, eventually graduating with a master's degree in Education. He went on to a 32-year distinguished career in education and coaching, becoming Head Football Coach at Beechwood High School from 1959 to 1962 and then went on to Cincinnati Western Hills High School in 1965, (where he coached Jack "Hacksaw" Reynolds, a University of Tennessee linebacker and first round draft choice of the L.A. Rams). Gene became Head Basketball Coach at Cincinnati Walnut Hills High School and coached from 1967-1977. He became Athletic Director at Beechwood High School and Assistant Principal at both Newport High School and Ockerman Middle School, retiring in 1991. Gene's athletic and professional career achievements earned him inductions into the Northern Kentucky High School Athletic Directors Hall of Fame in 1987, Northern Kentucky Sports Hall of Fame in 1999 and Covington Public Schools Athletic Hall of Fame in 2014. He was a dedicated family man who adored his grandchildren and great-grandchildren. Gene was preceded in death by his parents: Walker and Lillian Terry and daughter: Kelli J. Cosby. He is survived by his loving wife of 64 years: Bernice W. Terry; Children: Traci (Doug) Cull and Geno (Tracy) Terry; brother: Glenn (Joann) Terry; 6 grandchildren; 3 great-grandchildren and 1 nephew. Visitation will take place at Mother of God Church, 119 West 6th. Street, Covington, KY 41011 from 10:00 AM until the Mass of Christian Burial at 12:05 PM on Wednesday, March 9, 2022. Interment: Mother of God Cemetery, Ft. Wright, KY. Memorials are suggested to the Holmes High School Athletic Department, 2500 Madison Avenue, Covington, KY 41014. Connley Brothers Funeral Home, Covington (Latonia), KY is serving the family. Online condolences may be expressed on Facebook or at www.connleybrothersfuneralhome.com

Layton McDowell and Joy Eckerle Nolan - Mar 23, 2022
Sorry, Bernice, I was trying to send a message but think I took too much time and it took me out. Anyway, Layton thought so much of Gene and I remember him from his friendship with my brother Gene. He will certainly be missed by many. Take good care of yourself.
Barbara Adair Roach - Mar 9, 2022
Dear Bernice, I am so sorry for your loss. I thought the best of Terry. I was so fortunate that he was our head football coach at Beechwood during my Sophomore, Junior and Senior years. We all loved him and will miss him! I think I saw you about 10 years ago, and I will be thinking of you and wishing you the best in this hard time. Love, Barbara Adair Roach
Brian Virgil Evans - Mar 7, 2022
I am truly sorry for your loss. Mr. Terry, as I called him, was an outstanding man and always had a kind word and showed an interest in how I was doing in high school. He was the consummate father figure. You have my deepest sympathy.
Ruth Smith Johnson - Mar 6, 2022
I have the fondest memories of Gene. Met him first at Walnut Hills in the early 70’s. Then, when I was returning to the area and needed employment , he was at Beechwood. He called my mom to ask if I was the person he knew at Walnut. When mom said, yes, he said I should call him when I got to town. That job saved my life at that time: my deepest sympathy to his family. He was a good man!
Glenn Rose - Mar 6, 2022
So sorry to hear of Gene's passing. We were in the same class at Holmes. Always saw him at the Grayhound Grill for the Holmes lunches.