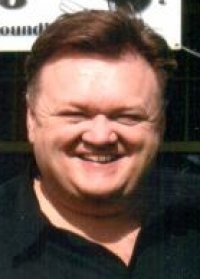 Gregory Lee Delaney, Sr., age 60, of Columbus, Ohio formerly of Covington, KY passed away on Saturday, September 8, 2012 at the Venice Regional Medical Center in Venice, FL. He was a graduate of the University of Kentucky and practiced pharmacy for 36 years at Rite-Aid and CVS. He was a very giving person and donated to numerous charities throughout his life. Gregory is preceded in death by his Mother: Loretta Robinson Delaney in 2005; Brother: Steven Troy Delaney in 2001. He is survived by his Daughter: Megan Lee Delaney of Columbus, OH; Son: Gregory Lee Delaney, Jr. of Columbus, OH; Father: Ralph Delaney of Covington, KY; Former Spouse: Laura Lee Delaney of Columbus, OH; Sister: Regina Frances Delaney of Batavia, OH; Brother: Lonnie D. Delaney of Amelia, OH. Visitation will be held on Friday, September 14, 2012 at Connley Brothers Funeral Home in Latonia, KY from 11 AM until the Funeral Service at 1 PM. Interment will be held in the Highland Cemetery in Fort Mitchell, KY. Online Condolences may be made at www.connleybrothersfuneralhome.com

I would like to leave my condolences for your family. I am a friend of Regina’s and have recently lost my mother (May 2012) and my father (January 2013), and I am praying for your family, God bless all of you.

I first met Greg in 1992 as a pharmacy student and started my first job with him as my boss. After leaving Rite Aid I have kept in touch with him and even had worked with him at Medco. His personality made him a very likable guy. Over time he became a very close friend and even yet today I can’t believe he’s passed. I miss him very much!

My husband Wayne and I were saddened to hear of the passing of Gregory Delaney. Our thoughts and prayers are with the family. We worked at the Queen City Club years ago with his father Ralph and Regina.

So sorry to read of Greg’s passing. It has been 30 years since Steven and I moved to our Ft. Wright home where we were blessed with the greatest neighbors in the world. Greg always had time to talk and share stories and laughter and he and Laura have always been held dear in our hearts since they moved and we lost touch. We will hold your family in our prayers as you go through this very difficult time.
Barbara and Steve Renaker
509 Oak Hill Court
Ft. Wright, KY