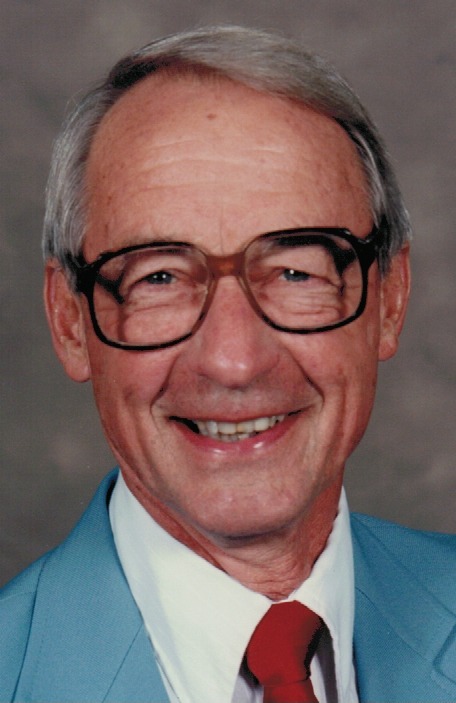 Harold Eugene McQueen, 87, son of Robert J. and Verna McQueen, residence Florence, Kentucky, passed away on Friday, April 3, 2015 at Villaspring Health Care Center in Erlanger, Kentucky. He retired on December 31, 1987 after 41 years of service as a Civil Engineer with CSX Corporation. He was an Army Veteran of the Korean Conflict where he held the rank of Sargeant. Harold was a member of the Union Baptist Church. He and his late wife, Elsie Jeanette McQueen, enjoyed traveling and they reached their goal of visiting all 50 states and all national parks in the United States. They also enjoyed Ballroom Dancing and spending time with their family. He is preceded in death by his Brother: Carlise McQueen. Harold is survived by his sons: Duane (Teresa) McQueen and Kevin McQueen; Sisters:Beulah (Bill) Erwin, Doris Niccum, Lois Oxley, Virginia McQueen, Marilyn McQueen and Janet (Gary) Barnett; Brothers: Loren (Betty) McQueen and Norman (Michelle) McQueen; 3 Grandchildren and 2 Great-Grandchildren and Sister-In-Law: Lois A. McQueen Visitation will be on Tuesday, April 7, 2015 from 9:30 A.M. until the Funeral Service at 11:00 A.M. at the Union Baptist Church, 1985 Mt. Zion Road, Union, Kentucky 41091. Interment will be in Highland Cemetery in Fort Mitchell, Kentucky. Memorials are suggested to the Charity of the Donor’s Choice. Online condolences may be expressed at www.connleybrothersfuneralhome.com

Duane, Keven, so sorry to hear of the passing of your father, I lost mine in 2009. I have you in my prayers.

Deepest sympathy to the family. Our prayers are with you.

Duane, Teresa, Cassey, Alicia & Jen,
Keeping you in my thoughts and prayers during this difficult time.
Respectfully,
Valerie

So sorry to hear of Harold’s passing. I had gone to school with him at West Harrison Elementary & Harrison High. My condolences to the family.