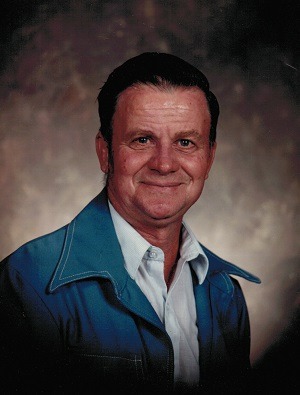 Herman Louis Estes, Sr., 93, of Latonia, KY, passed away on Tuesday, April 24, 2018. He proudly served his country in the U.S. Army Air Force during WWII, attaining the rank of Sergeant. Herman was the founder of Estes Roofing, a member of the Covington Baptist Temple and a Masonic Lodge Member. He enjoyed working, fishing and farming. Herman was preceded in death by his parents: Taulbee and Ethel Estes. He is survived by his daughter: Sandra Davis; sons: Louis (The Late: Sandra) Estes, Gary Estes and Manus (The Late: Mary Jo) Withers; brother: Bobby Estes; sisters: Geraldine Estes, Pauline Estes, Shirley Estes, Gladys Estes, Sue Estes and Janice Estes and numerous grandchildren, great-grandchildren and great-great-grandchildren. A Visitation will be held on Friday, April 27, 2018 from 4:00 P.M. until 7:00 P.M. with a Masonic Service at 6:40 P.M. at Connley Brothers Funeral Home, 11 East Southern Avenue, Covington (Latonia), KY 41015. The Funeral Service will be held on Saturday, April 28, 2018 at 10 A.M. with a Military Honor Guard Service at Connley Brothers Funeral Home. Interment and Committal Service at 2:30 P.M. at Beatty Place Cemetery, Yellow Rock, KY. Online condolences may be expressed on Facebook or at ConnleyBrothersFuneralHome.com

My thoughts and prayers our with all of the family for your loss.
May you find comfort in the memories and his wonderful smile.
Love ya,
Tina Cook