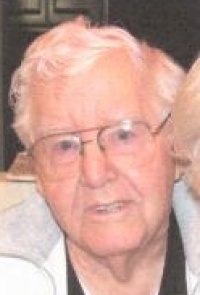 Jack McKeown, age 89, of Edgewood, KY, formerly of Latonia, KY, passed away on Sunday, May 13, 2012 at St. Elizabeth Health Care Hospice in Edgewood, KY. He was a retired Engineer for the Covington Fire Department and served in the Navy during WWII. Jack was preceded in death by his Wife: Chris Griggs McKeown and Son: Jim McKeown. He is survived by his Daughter: Jackie (Gary) Dudderar of Edgewood, KY, 2 Grandchildren: Chris (Angie) Dudderar and Amy (Adam) Taylor , 4 Great Grandchildren: Chase, Corey, Skylar and Ava. Visitation will be at Connley Brothers Funeral Home in Latonia, KY on Friday, May 18, 2012 from 4:00 P.M. until 7:00 P.M. Funeral Service will be held at Connley Brothers Funeral Home, in Latonia, KY, on Saturday, May 19, 2012 at 9:30 AM. Interment & Military Honor Guard Service at Floral Hills Memorial Gardens in Taylor Mill, KY. Memorial Suggestions can be made to St. Elizabeth Health Care Hospice 483 South Loop Rd. Edgewood, KY 41017 and/or the Charity of the Donor’s Choice. Online Condolences can be left at www.connleybrothersfuneralhome.com