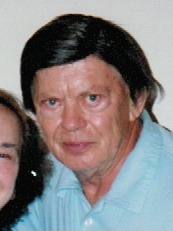 James “Jim” Henry Stratman, 80, passed away on Saturday, November 4, 2017. He graduated from Covington Catholic High School, was a member of St. Mary’s Cathedral Basilica of the Assumption and retired from Sharp Electronics as a Copy Machine Repairman. Jim was also a freelance photographer and a member of the Newport Elks. He was preceded in death by his sister: Angela Rickling. Jim is survived by his daughter: Theresa Powell; sons: Jim (Toni) Powell, Eric (Danielle) Powell and James (Sierra) Stratman and 9 grandchildren. A visitation will take place on Thursday, November 9, 2017 at St. Mary’s Cathedral, 1140 Madison Avenue, Covington, KY 41011 from 10:00 A.M. until the Mass of Christian Burial at 11:00 A.M. Interment: Mother of God Cemetery. Memorials are suggested to St. Mary’s Cathedral. Online condolences may be expressed on Facebook or at ConnleyBrothersFuneralHome.com