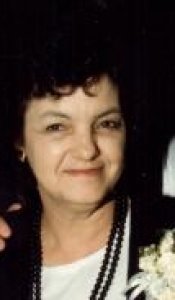 Janet E. Wells, age 74 of Latonia, KY passed away on Thurs., Sept. 22, 2011 at St. Elizabeth Health Care in Edgewood, KY. She retired as a Clerk from the Alcohol, Tobacco & Firearms branch in Cincinnati, Ohio. She was a member of the Hilltop Church of Christ in Taylor Mill, KY and a member of the Order of the Eastern Star, Rosebud Chapter, she also coached girls softball for the Latonia Youth Club. Janet was preceeded in death by her Husband: Keith Wells in 1979. She is survived by Sons: Keith L. (Joni) Wells of Loveland, OH, Randy (Barb) Wells of Burlington, KY, and Mike Wells of Latonia, KY. Daughter: Sandy (Virgil) Wells Starr of Latonia, KY. Sister: Earlene Caldwell of Gatesville, TX, 9 Grandchildren and 11 Great Grandchilden. The visitation will be held on Mon., Sept. 26, 2011 at Connley Brothers Funeral Home in Latonia, KY from 4PM until 7PM. The Funeral Service will be on Tues., Sept. 27, 2011 at the funeral home at 10 AM. Interment in Floral Hills Cemetery in Taylor Mill, KY. Memorials to: American Lung Association 4050 Executive Park Drive Cincinnati, OH 45241. Online condolences may be sent to: www.connleybrothersfuneralhome.com