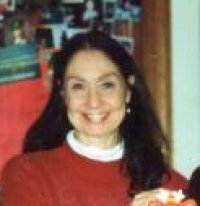 I. Jeanne (Young) Glenn, age 75, of Florence, Kentucky, passed away on August 1, 2011 at the Levine & Dickson Hospice House in Charlotte, North Carolina.

Jeanne was born in Covington, Kentucky on March 3rd, 1936, the youngest daughter of the late Omer and Flossie Young. She graduated from Holmes High School in 1954 and married Danny Glenn in 1956. They raised their sons Doug and Scott in Covington before moving to Jacksonville, Florida in 1964. They also lived in Long Valley, New Jersey for many years before Jeanne returned to Northern Kentucky in 1995 as a resident of Florence. Jeanne loved life, loved her friends and loved to have fun, but most of all she loved her family. Her complete and unwavering dedication to her family’s happiness and well-being was her first consideration in everything she did. Revered and honored as the loving matriarch, she was actively involved in the lives of her children and grandchildren until the end. She set the standard for how to treat others…teaching her family how to love one another with affection and unconditional love. She was a bright light, always nurturing and reassuring her family and friends. She saw the best in us and her legacy lives on. Jeanne’s quick smile and beautiful, warm personality will be sorely missed by all who knew her.

Jeanne is survived by her sister Martha (“Marty”) Sageser, Dan, her sons Doug and Scott, their wives Marion and Julie, and her grandchildren Ashley, Danny, Chelsea, Trevor and the “baby” namesake Bailey Jeanne.

A visitation will be on Monday, December 19, 2011 at Connley Brothers Funeral Home in Latonia, KY from 10 AM until the Memorial Service at 11 AM.

In lieu of flowers, memorial contributions may be made in Jeanne’s honor to The American Lung Association or a charity of one’s choice.