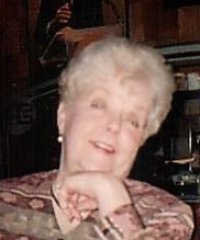 Jeanne Marie Zornes Pence, age 75 of Erlanger, KY passed away on Sat., Sept. 24, 2011 at Communicare of Clifton in Cincinnati, OH. She retired as an Executive Secretary with U.S.F. & G. Insurance Co, after retirement she worked with Surgicos and The Drees Co. as a secretary. She was a member of Latonia Baptist Church and The Covington Moose Lodge # 1469. Jeanne was preceded in death by a Son: David Pence in 1961 and Two Daughters: Cathy Pence in 2005 and Cindy Laymon in 2007. She is survived by her Son: Greg Pence of Erlanger, KY, Special Friend: Cindy Johnson of Covington, KY and 3 Grandchildren: Gary Pence, Jessica Pence and Tyler Laymon. The Visitation will be on Thurs., Sept. 29, 2011 at Connley Brothers Funeral Home in Latonia, KY from 10 AM until the Funeral Service at 12 NOON. Interment in Highland Cemetery in Ft. Mitchell, KY. Memorials to: American Lung Association 4050 Executive Park Drive Cincinnati, OH 45241. Online Condolences may be sent to: www.connleybrothersfuneralhome.com