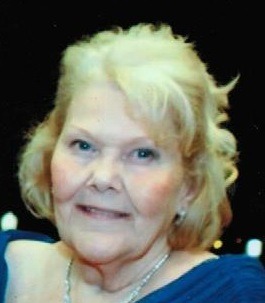 JoAnn Rose Meyers, 79, of Park Hills, KY passed away on Friday, November 21, 2014 at Christ Hospital in Cincinnati, OH. She was a Retired Nurse. JoAnn was preceded in death by her Daughter: Marie Josephine Meyers and Grandson: Andrew Carson Meyers. JoAnn is survived by her Loving Husband: Earl Meyers, Sr.; Daughters: Cindy (Mike) Swegles of Walton, KY, Denise Meyers of Edgewood, KY and LeAnn (Mike) McKeon of Cincinnati, OH; Son: Earl (Kim) Meyers, Jr. of Edgewood, KY; Grandchildren: Mindy, Kristin, Brent, Andrea, Nick and Spencer; Great Grandchildren: Autumn, Sydney, Madelyn and Lucia and Sister: Debbie (Jack) Wettig of Covington, KY. Interment will be at Mother of God Cemetery in Fort Wright, KY at the convenience of the family. Memorials are suggested to The Andrew Carson Meyers Foundation C/O any Bank of Kentucky location. Online Condolences may be expressed at www.connleybrothersfuneralhome.com

So sorry for your loss. Our hearts go out to the family. Hugs and prayers to all. She was a beautiful lady, so sweet and considerate. I pray you can find comfort in this difficult time with the help of family & friends. Gone but never forgotten. Love the Corman family.