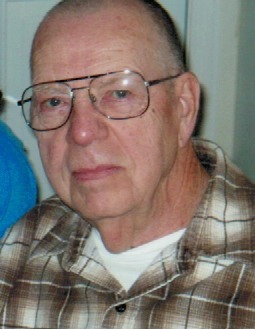 John G. Henkenberns, 86, of Latonia, KY, passed away on Sunday, March 19, 2017. He retired after 51 years of service as a Stationary Engineer with the Terrace Hilton Hotel in Cincinnati, OH. He was a member of Holy Cross Parish and the Bellevue Vets and he enjoyed target shooting. John proudly served his country in the U.S. Army during the Korean Conflict, obtaining the rank of Corporal. John was preceded in death by his first wife: Laverne Kraemer Henkenberns and his second wife: Norma Litzler Henkenberns. He is survived by his daughters: Teresa Henkenberns and Linda Armbrecht and his grand-daughter: Emily Armbrecht. A visitation will take place on Wednesday, March 22, 2017 at Holy Cross Church, 3612 Church Street, Covington (Latonia), KY 41015 from 9:00 A.M. until the Mass of Christian Burial at 10:00 A.M. Interment: Mother of God Cemetery. Memorials are suggested to Holy Cross Church, C/O Restoration Fund. Online condolences may be expressed on Facebook or at ConnleyBrothersFuneralHome.com