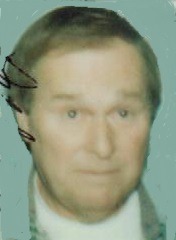 John Edward Raisbeck, 77, of Covington, KY passed away on Thursday, January 14, 2015 at Providence Pavilion in Covington, KY. He was a retired tile installer, member of the Promise Keepers and enjoyed Fishing. John was preceded in death by his Wife: Isabell Raisbeck. John is survived by his Daughters: Sharon (Tim) Kennedy and Julie Raisbeck; Sons: David (Laura) Raisbeck and Michael (Melissa) Raisbeck; 9 Grandchildren and 3 Great-Grandchildren. Visitation will be Saturday, January 17, 2015 from 9:00 AM until the Prayer Service at 10:00 AM at Connley Brothers Funeral Home in Latonia, KY. Online Condolences may be expressed at www.connleybrothersfuneralhome.com