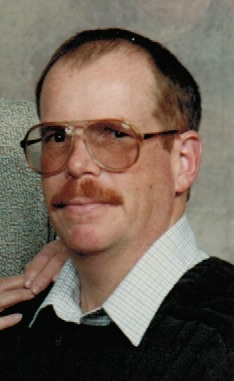 John T. Wettig, Jr., 63, of Covington, KY, passed away on Thursday, March 22, 2018. He was a member of St. Augustine Church and he retired as a letter carrier with the United States Postal Service. John was a member of the Sigma Phi Epsilon Fraternity and a graduate of Morehead State University. He was an usher with the Cincinnati Reds and Bengals and an avid The Ohio State University fan. He is survived by his beloved wife of 39 years: Deborah Carson Wettig; son: John T. Wettig, III and brothers: Richard (Thelma) Adams, Mark (Debi) Adams and Gregory (Joyce) Adams. A visitation will be held on Wednesday, March 28, 2018 from 4:00 P.M. until the Catholic Blessing at 6:00 P.M. at Connley Brothers Funeral Home, 11 East Southern Avenue, Covington (Latonia), KY 41015. Interment: Mother of God Cemetery. Memorials are suggested to the Shriners Hospital for Children, 3229 Burnet Avenue, Cincinnati, OH 45229. Online condolences may be expressed on Facebook or at ConnleyBrothersFuneralHome.com

Debbie and family,
So sorry to hear of your loss. I worked at Mid City for several years and Jack was a very nice person and well thought of. I will keep you in my prayers.

So sorry to hear of John’s passing. I worked with John and his Dad at the Post Office. Was in a Masonic Lodge with Grandpa.
Brings back a lot of happy memories.
John was so young and I was sad to see his obituary in the paper.

ONE OF THE GREAT MEN TO WORK FOR I WILL MISS ME.jack

I knew John for a bout 15 years or so as a carrier at Mid City ,he was a good man and great mailman with a great sense of humor ,I shall miss him but always remember him with smile and the nickname we all called him affectionately ( POPEYE )!!!See you in the next life POPEYE !!!