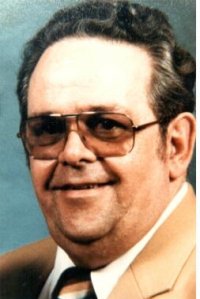 Joseph Cornelius Reed Hughes, age 80 of Latonia, KY passed away on Fri., Dec. 30, 2011 at The Anderson in Cincinnati, OH. He retired from the Kenton County Courthouse as a Title Clerk, prior to that he was a Foreman at InterLake Steel in Newport, KY. A member of Holy Cross Church where he also was a Caller for Bingo. He was a member of the American Legion Post #203, He also had Coached Ice Hockey & Little League Baseball in Ohio and was a huge Cincinnati Reds fan. He was in the Air Force during the Korean Conflict. He was preceded in death by his Wife: Betty Bitter Hughes in 2002 and a Daughter: Teresa Jackson in 2011. Joe is survived by his Daughters: Sally Goecke, Kathy Bogard & Lisa Goecke, Sons: Michael Hughes, Patrick Hughes, Tim Hughes & Dennis Hughes, Step-Daughters: Ronda Ciresi, Vickey Steffen, Mary Vogel, Carla Hughes, Darleena Hughes & Marleena Hughes, Step-Son: Terry Vogel, Sisters: Barbara Listermann & Judith Hughes, Brother: Pete Hughes, 38 Grandchildren & 35 Great Grandchildren. The Visitation will be on Fri., Jan. 6, 2012 at Holy Cross Church 3612 Church Street Latonia, KY 41015 from 9:30 AM until Mass of Christian Burial at 11 AM. Interment and an Honor Guard Service at 2 PM at Floral Hills Cemetery in Taylor Mill, KY. Memorials to: Holy Cross Church. Connley Brothers Funeral Home in Latonia, KY is serving the family. Online Condolences may be made at: www.connleybrothersfuneralhome.com

Funny post! I nicetod that subtle hint about a book….I’m still waiting.