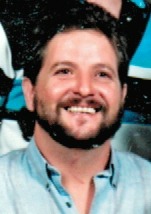 Joseph Wesley Runion, Jr., 62, of Ludlow, KY passed away on Thursday, December 31, 2015 at the V.A. Hospital in Cincinnati, OH. He was a retired Maintenance Supervisor at the Florence Mall. Joe was a member of the D.A.V., he was a Honorary Kentucky Colonel, a former ball boy with the Cincinnati Reds and he enjoyed Softball. He was preceded in death by his Brother: Garry Runion. Joe is survived by his Daughter: Summer Runion; Son: Micha (Crystal) Runion; Parents: Joseph and Ruth Ann Runion, Sr.; Grandchildren: Micaela, Maci, Dylan and Brooklynn; Sister: Beverley (Roy) Hancock; Brother: Barry (Donna) Runion and Several Nieces and Nephews. Visitation will be on Wednesday, January 6, 2016 from 10:00 AM until the Funeral Service at 12:00 PM at Connley Brothers Funeral Home, 11 East Southern Avenue, Covington (Latonia), KY 41015. Interment and Honor Guard Service will be at the Kentucky Veterans Cemetery North in Williamstown, KY at 2:00 PM. Memorials are suggested to the D.A.V., 3725 Alexandria Pike, Cold Spring, KY 41076. Online condolences may be expressed at www.connleybrothersfuneralhome.com.

So sorry for your family’s loss. Only known Joey for a couple of years. Miss him and Peanuts sitting out on the patio. Having been saying prayers for him and the family. Please know how much I will miss him.

I have known Joe for 5 years, from highpoint apts.Joe was the first person that talked to me when i moved in here,He was a great guy and im going to miss him dearly.Im sending my Condolences to his family.Sending lots of prayers to his family.

My most sincere condolences to your family. Barry has spoken of Joe many times. Barry’s love for his family has always been apparent and especially when he spoke of Joe. I am epically thankful to Joe and his family for Joe’s service to Our Country. My prayers will continue to be with each of you. My God Bless and comfort you all.r

I did not know Joseph in person but I feel I did because Barry has told some great stories. He seemed like the type of person that I could have been good friends with. My condolences to you all, prayers are in work for your entire family.
Clay

Prayers for all. I remember Joe and his twin brothers when theystarted coming to 6th District. Good friend in both grade and high school. Lost contact withhim after high school. Rest in peace my friend.