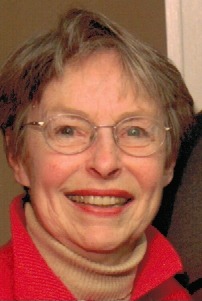 Kay Joyce Fox Murphy, 86, passed away March l, 2021, at Emerald Trace Senior Care. She was preceded in death by her husband, Orville F (Mike), father Meigs Fox, mother Elizabeth Weichand and step father Bernie Weichand, sister-in-law Mary Ehme (Ron) and brother-in-law George Murphy. She is survived by her stepsister Myrna Custenborder (Dick), cousins Sue Kendall and Ronald Florence (Carol), sisters-in-law Janice Neal, Lorraine Ruh (Joe), Peggy Warman (Mick), brothers-in-law John Murphy (Donna), David Murphy (Sandy), Albert Murphy (JoAnn), Raymond Murphy (Joyce), Fred Murphy (Debbie), many nieces and nephews and great nieces and nephews. Kay graduated from Covington Holmes High School where she was an active participant in many clubs and organizations (i.e., Student Council vice president, bowling team captain, choir, and others). She was also a cheerleader and elected as football 'Homecoming Queen' and Mike was elected as 'King'. Kay retired from The Kroger Co. after 35 years of service. While there, she was Administrative Assistant and Secretary to several vice presidents. Kay was active in the YMCA where she was president of the Northern Kentucky YMCA Women's committee and a board member of the YMCA and Camp Ernst. She also swam for many years with a group of synchronized swimmers. Kay loved sports and was an avid fan and supporter of whatever football team husband Mike was coaching (i.e., Holmes, Highlands, Newport and Boone County). She and Mike developed a special relationship with many of the players and cheerleaders. When it was not football season, they would often be at a high school game of whatever sport was in season. Kay and Mike both enjoyed playing golf and a big part of their 61 years of marriage was spent traveling around the country playing different courses. Kay enjoyed reading and kept up with current events. She also enjoyed meeting people and learning about and keeping up with their lives. Whenever she was with a family member she would usually run down the list and ask about what was going on with each of their family members. Mike and Kay were long time members of St. Andrews Episcopal Church of Ft. Thomas. Visitation will be held on Friday, March 5, 2021 at St Andrews Episcopal Church, (3 Chalfonte Place, Fort Thomas, Kentucky 41075) from 10:00 AM until the Funeral Service at 11:00 AM. Interment: Highland Cemetery in Fort Mitchell, KY. Connley Brothers Funeral Home in Latonia, Kentucky is serving the family. In lieu of flowers, memorials are suggested to go to the Alzheimer's Association and/or the charity of the donor's choice. Online condolences may be expressed on Facebook or at www.connleybrothersfuneralhome.com

Jane Graves Petracco (one of the twins with Ellen Graves Turner) - Mar 3, 2021
I have wonderful memories of spending Thursday nights at Kay and Mikes home after delivering Wheaties cereal to the football team. I graduated in 1974. They were wonderful friends through my highschool years and beyond. I send prayers of love and support to Peggy and will always cherish my memories of their kindness and caring personalities they shared with so many student/athletes at Highlands HIgh School. They were two of the BEST!! My heart is sad grieving her passing today!! Jane Graves Petracco
Pat Ruth - Mar 3, 2021
I have had the pleasure of knowing Kay and Mike through the years. Kay has always been a soft spoken friendly lady to everybody she met. I also had the pleasure of playing golf against her in the Kenton Co League, and we were able to talk about all the relatives at that time. My thoughts and prayers are with the family during this sad time.