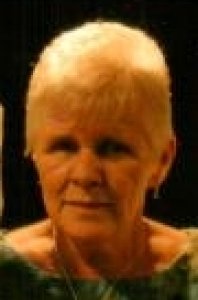 Vivian (Louise) Gillespie, age 71, of Latonia, KY passed away on February, 6, 2012 at her Residence. She retired from the Boot Restaurant in Dayton, KY and Cincinnati, OH and worked as a Hostess at Western Hills Country Club prior to that. Vivian was preceded in death by her Husbands: Richard Pickens and Clifford Gillespie, Jr. She is survived by her Sons: Clifford Allen Gillespie (Nikki), Robert Wayne Gillespie (Sherry), Daughter: Tonya Jackson, Brothers: Henry Herindon, Joe Herindon, Robert Herindon, Sisters: Edith Cooper, Marcy Eversole, Shirley Whisman, Yvonne Herindon, 9 Grandchildren, and 13 Great Grandchildren.Visitation will be held on Thursday, February 9, 2012 from 11 AM until 1 PM at Connley Brothers Funeral Home in Latonia, KY with the Funeral Service immediately following. Interment will take place at Evergreen Cemetery in Southgate, KY. Memorials are suggested to American Lung Assn. 4050 Executive Park Drive Cincinnati, OH 45241. Online Memorials may be made at www.connleybrothersfuneralhome.com.

To Louise’s family and friends my condolences to you. She was a special lady.

My Thoughts And Prayers Are With Your Family In Your Time Of Grief.May You Be Enfolded By The Love Of God and Surrounded My The Light Of The Holy Spirit.God Bless You.