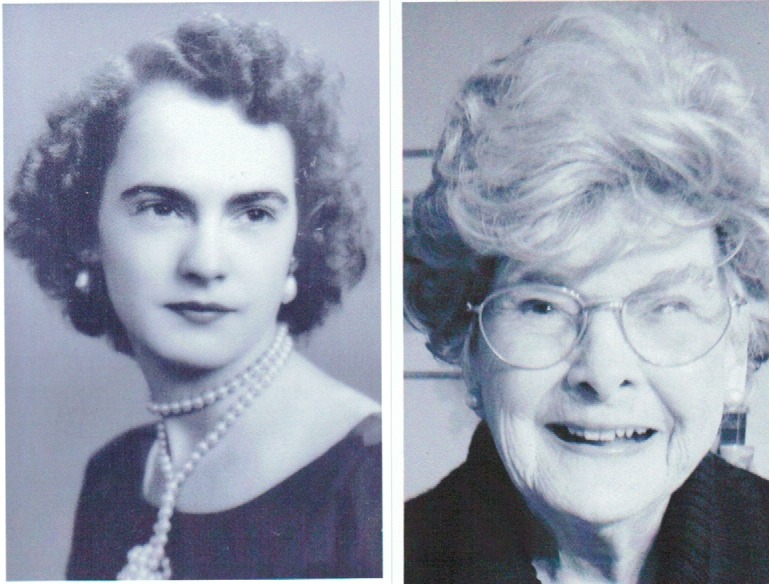 Marcia Jean (Mullen) Gillham of Latonia, KY, passed away November 12, 2021, at the age of 100. Marcia was a multi-talented artist. She was preceded in death by her husband of 63 years, Charles Gillham, whom she met when they were both studying at the Cincinnati Art Academy. She was the loving and affectionate mother of Lisa Gillham of Latonia, and David Gillham (Ludmilla Pavlova) of Amherst, MA, and grandmother of Cameron and Alexander. She was born in Ft. Thomas, KY, to Matilda and Junry Douglas Mullen. Her family later lived in New Orleans, and Middlesboro, KY, before returning to Ft. Thomas. She was an alumnus of Highland High School in Ft. Thomas. Marcia was the gentlest and sweetest of souls, with a loving and playful nature, and a clear sense of the magic of the world. At the same time, she was a steel magnolia, possessing an unshakeable inner strength. Marcia took in stride whatever came her way, and was ever the elegant lady. She maintained a cheerful and creative temperament during serious illnesses in her teenage years and early adulthood. Marcia created a fertile and creative lifestyle for her children, reading to them continuously, playing with them, and supporting their interests. She and her husband took their children to many museums, historic homes and sites over their childhood, and were heritage tourists long before that was a familiar term. Marcia was accomplished painter who sold numerous paintings in Florida, where she was represented by a gallery in St. Petersburg, and won many awards there and in the Cincinnati area. She worked in acrylic with painted tissue, a technique she developed, also in pastel, watercolor and enameling. She also did a body of work in paper and fabric collage. Marcia made and costumed porcelain head dolls, and had a large collection of dolls. She made doll clothes, and did fine needlework such as beadwork and embroidery. She studied art at Jack Storey's Central Academy of Art, and with Paul Chidlaw, Leo Murphy and Bill Gebhardt at the Cincinnati Art Academy. After her marriage, Marcia lived for a few years in Latonia, her husband's home town, then raised her children in Ft. Mitchell, KY, where they lived for 28 years. After retirement she and her husband moved to the St. Petersburg/Clearwater area of Florida, and lived there for eighteen years. There they immersed themselves in their artwork, were active in the art community, walked the beaches, and enjoyed sunsets over the Gulf. They travelled in Europe, Mexico and in the Caribbean Islands, as well as touring the United States. They often attended Elder Hostel workshops in picturesque parts of the country, learning about the local culture and history. The couple returned to Latonia in 2000 to live near their daughter, Lisa. Once back in Northern Kentucky, they had an exhibit of their artwork, along with their daughter, at the Behringer-Crawford Museum. Marcia will be profoundly missed. Visitation will be from 5:00 PM until 7:00 PM on Wednesday, November 17, 2021 at Connley Brothers Funeral Home, 11 East Southern Avenue, Covington (Latonia), KY 41015. A Funeral Service will take place at 12:30 PM on Thursday, November 18, 2021 at the funeral home. Interment will follow at Highland Cemetery in Ft. Mitchell, KY. Memorials are suggested to Shriners Hospitals for Children, Don Gorbandt, PO Box 1576, Ranson, WV 25438-9907. Online condolences may be expressed on Facebook or at www.connleybrothersfuneralhome.com.

Debbie Nieman Laws - Nov 17, 2021
Lisa, I was so sorry to hear about your mothers passing. What a wonderful tribute her obituary is. I’m so glad she got to make it to the 100 year birthday. She was such an accomplished person & I know she will be missed by you. Take comfort in knowing that you provided her with loving care in her final years. We have a lot of angels watching over us. Sincerely, Debbie Laws