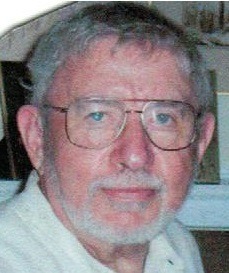 Nathan Thomas (Tom) McElfresh of Park Hills died Monday, February 16, 2015. He was 80. His was a life well lived. Born in Bracken County, KY the son of Henry Edward and Esther Perkins McElfresh, he became what some would call a country boy gone global. After graduating from Eastern Kentucky University he married the love of his life, Joan Scholle. Their mutual love of theatre led to a life lived in the dark. Tom, Joan and their beloved daughters Victoria, Alison and Stephanie spent family time together acting, singing and directing in local community theatre groups. His skill as a writer led to a career as the film and theater critic for the Cincinnati Enquirer in the 70’s and 80’s, and to becoming a charter member and board member of the American Theatre Critics Association. He was recognized for Outstanding Achievement by the Ohio Theatre Alliance and received an Excellence in Journalism Award from the Society of Professional Journalists.

Tom also became involved in film and video production for many local companies and charities. He received the Lend a Hand Plaque from United Way, recognizing his efforts to make his home and community a better place.

The opportunities his career gave him to travel to film festivals and movie sets around the world led to an appreciation for world cuisines. Tom loved cooking and became as skilled at assembling Sushi as making his childhood favorite, pinto beans and cornbread. Friends say he had a gift for making one feel right at home at his dining table, then taking one on a mind trip by the end of dinner. Story telling and entertainment at its best.

Also an avid reader, Tom particularly loved Shakespeare and Sherlock Holmes. He was a member of The Mercantile Library in Cincinnati. A life long learner, Tom enjoyed attending lectures and the annual History Day at NKU.

One of his many endearing quailities was the way he loved with utter abandon the women in his life. He was hopelessly in love with them, especially his beloved granddaughters Harper and Ellery. The feeling was mutual. His story is a love story-the best kind of story there is. May you always think of love, life and laughter when his name crosses your tounge and mind. May he rest in peace.

A private celebration of his life will be held later. Online Condolences may be expressed at www.connleybrothersfuneralhome.com.

Tom was the most genial man as well as an intelligent, insightful theater performance critic. I knew Tom through my friend, David Hirvela, who was at the receiving end many times of Tom’s balanced and thoughtful insights on Hirvela productions and performances at the U. Cincinnati & CCM. At David’s passing Tom sent a compassionate and kind letter to Hirvela’s family and friends. Tom was, truly, A Man for All Seasons. It was a pleasure to know him and now a great pain that I can not tell him in person. My condolences to his family on the loss of a fine fellow but I am certain his love supports them in their loss. Sincerely yours, Allan Deptula

Dear Joan,
I am sorry to hear of Tom’s passing. Was online looking for your phone number and came across citybeats article. My condolences to you and the girls. I would love to hear from you please email me when you have time. – Karen Luckie

My deepest sympathy to the McElfresh family. I will always remember the warm welcome I received whenever I visited. Vickie, do you remember how we’d play albums over and over? Your parents were very patient with us! Be thankful for the good times and the love shared together. Your Dad was a fine man. Warm Regards, Lynne

I just learned of Tom’s passing. It truly saddened me. What an amazing and talented man. I have such fond memories of times spent with you all. You are in my thoughts and prayers.

May we one day again stand on the terrace for a quiet talk on Sherlock Holmes. So sorry to hear of Tom’s death. His participation at the Tankerville Club meetings were always enjoyable.

“Sunrise, sunset . . .” My warmest thoughts are with you all.

Joan, Alison, and Stephanie,
Thoughts and prayers with you. I will always remember my final visit with Tom. He talked continually about the “women” in his life. He was so proud of his family. I have been blessed to have an opportunity on many occasions to listen to his recollections of yester-years. Tom Rest In Peace.
Marilyn

Been a while since we saw all of you, except for Stephanie on TV. Tom a wonderful man and addition to the Demmien family. Have been reminiscing with Elin and Barbara of the growing up years and the visits with Aunt Mae, Joan, and then Joan and Tom during and after the days at EKU. Many good thoughts with the family during these days of travail.

Dearest Joan,
How sad Paul and I were to learn of Toms death….a true “Man for all seasons”. Our thoughts and prayers are with you and your family….Barbara and Paul Herbert

We are so sorry to hear about Tom’s death. Our sympathy to all the family. Your EKU Friends

I was so very sad to hear of Tom’s passing. What a wonderful soul! I enjoyed working with him, reading his reviews, and listening to his stories. My thoughts and prayers are with you all.

We will miss Tom very much and pray that God will watch over you all. May your memories be filled with happy times spent together.