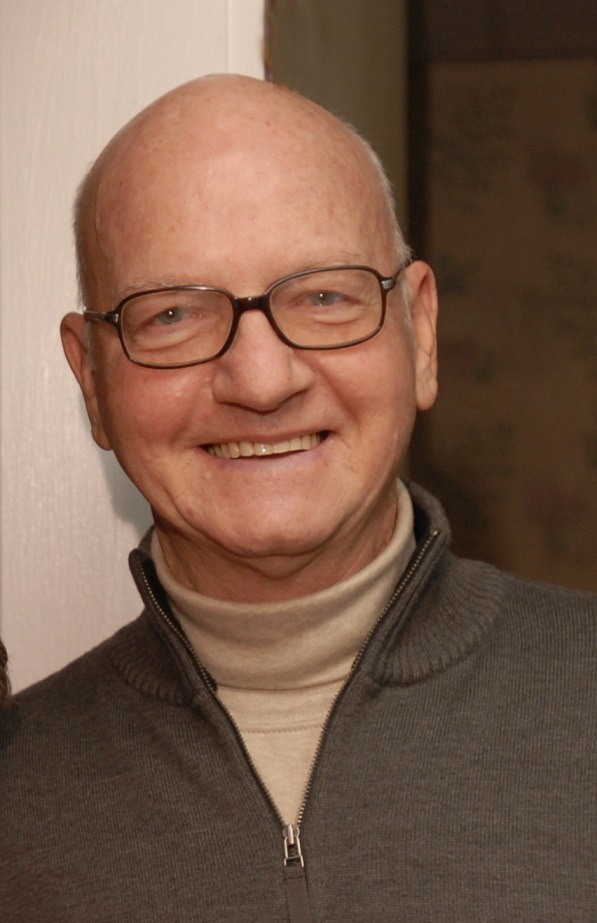 Orville F. “Mike” Murphy, of Fort Thomas, KY, passed away on Tuesday, January 9, 2018, at Alois Alzheimer Center, where he lived for the past two years. He was preceded in death by his parents: Orville P. and Luella B. Murphy and siblings: Mary Ehme and George E. Murphy. He leaves behind his wife: Kay Joyce (nee Fox) Murphy; siblings: John (Donna) Murphy, David (Sandy) Murphy, Janice Neal, Albert (Jo Ann) Murphy, Raymond (Joyce Baker) Murphy, Lorraine (Joe) Ruh, Fred (Debbie) Murphy and Peggy (Mick) Warman; brother-in-law: Ron Ehme and numerous nieces and nephews. He grew up in the Peaselburg Area of Covington and attended Covington Holmes High School where he met the pride of his life, and his wife of 61 years, Kay Joyce Fox. He played for Coach Tom Ellis, and lettered in four sports: Baseball, Basketball, Football and Track. He won the state competition in pole vaulting in 1952. He was offered a minor league baseball contract with the Cincinnati Reds, but opted to play college football instead. He was offered a scholarship to the University of Kentucky by Coach Paul “Bear” Bryant, but decided to play at the University of Cincinnati to stay closer to home. At UC, he played quarterback for legendary coach Sid Gillman. He was voted best back on offense and defense for three consecutive years. While at UC, “Magic Mike”, led the Bearcats in a 16 game winning streak. A knee injury prematurely ended his pro career with the Los Angeles Rams.
He began his Football Coaching career in 1959 at Holmes as an assistant to Coach Tom Ellis. In 1962 he moved to Highlands High School as an assitant to Coach Owen Hauck, becoming head coach at Highlands in 1967. He had a 66-12-1 record over the next 7 years, including undefeated state championships in 1968 and 1970. In 1974, Mike took over as head coach at Newport High School which had only won 24 games over the previous 11 years. During the next 12 years, their record under his leadership was 88-55-1. In 1987, he coached football at Boone County High School as an assistant to his longtime friend Owen Hauck and, later, Rick Thompson. During his career, Mike won NKAC Coach of the Year honors four times and Kentucky State Coach of the Year honors in 1968 and 1970. In 1986, he was named to the Northern Kentucky Athletics Directors Hall of Fame, and in 1987, to the Northern Kentucky Sports Hall of Fame. He was inducted into the initial Covington Schools Athletic Hall of Fame and was a lifetime member of Covington Turners.
Mike taught at Holmes and Highlands, served as Director of Pupil Personnel in Newport Public Schools and served on the Board of Directors at Brighton Center and Highland Country Club.
Besides football, Mike’s other passion was golf. He and Kay traveled the country playing various courses. Mike and Kay were long time members of St. Andrew’s Episcopal Church of Fort Thomas, KY.
A Visitation will take place on Monday, January 15, 2018 from 10:00 A.M. until the Funeral Service at 1:00 P.M. at St. Andrew’s Episcopal Church, 3 Chalfonte Place, Fort Thomas, KY 41075. Interment: Highland Cemetery. In lieu of flowers, memorials should be sent to the Greater Cincinnati Alzheimer’s Association, 644 Linn Street #1026, Cincinnati, OH 45203. Online condolences may be expressed on Facebook or at ConnleyBrothersFuneralHome.com

Kay and Janice,
we are so sorry for your loss. prayers.
Jim & Mary Jane Knasel
so sorry I saw this so late

Kay, I was so sorry to hear about Mike. He was such a special person and will always have a place in my heart. It gives me joy to think that Mike and Joe are tossing a football in heaven…it was truly a wonderful friendship they had. Hugs to you, Gloria Miller

Kay, I am so sorry for your family’s loss, I am sure Coach is reaping the benefits in heaven. I great man and mentor to so many young men that he coached and taught. God Bless you and keep you.

I extend my deepest sympathy and prayers to the family of Mike. He was an outstanding person as well as coach. I have many fond memories of conversations with Mike. May God bless you.
Dick Maile

To Kay and the Murphy Family,
Please accept our deepest sympathy on Mike’s passing. He was a great person, coach and teacher and had a positive impact on those with whom he came in contact..
Sincerely,
Charlie Schomaker and Family

Marie and I extend our deepest sympathy to Kay and the Murphy family. It was an honor to be associated with Mike as a teammate, educator, and friend. Sorry we cannot attend the services as we are in Florida.

My deepest sympathies to Kay and all the family.
Coach was one of my favorite people I ever met. He influenced me and many others tremendously. He was also the best football coach I ever had, including the ones I had at UK. Just a great mind within a wonderful man. I love Mike Murphy. Thanks, Coach, for all the guidance, friendship, and memories. You are forever in our hearts.

My deepest sympathy to the family and friends of Mike. Wishing you peace and comfort during this difficult time.

I had the honor of coaching with Mike Murphy while he was at Boone County High School. Coach “Murph” was one of the brightest coaches I have every had the pleasure of being around. As good a coach he was his friendship and tremendous insight is something I will carry with me the rest of my life.
God bless the entire Murphy family with the biggest blessing for Kaye. I will never forget you Murph.

Hi Kay. I was so sorry to hear that Mike passed away. He had such a great impact on me and many others. My favorite memory was playing basketball with him when I was in high school. He was always the best player on the court and could play for hours without needing a drink of water. We would play so long that parents would come up to see when we were coming home. I am going to be out of the country starting tomorrow for 10 days and will be unable to come to the funeral. My prayers are with you. Love, Dale

My senior year at Boone County in 1987 was coach Murphy 1st year at Boone. He became a friend and role model I will never forget. RIP Coach. Prayers to the family.

My senior year at Boone County in 1987 was coach Murphy 1st year at Boone. He became a friend and role model I will never forget. RIP Coach. Prayers to the family.

Deepest sympathy to the entire family.