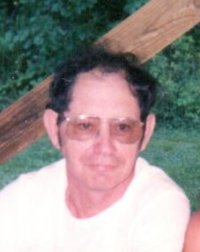 Pat Cuthbert, age 72 of Latonia, KY passed away on Sun., December 23, 2012 at St. Elizabeth Health Care in Edgewood, KY. He Retired from Filon-Silmar in Latonia, KY as a Production Supervisor. He enjoyed riding Harley-Davidson Motorcycles and was a member of the Ohio Coon Hunters Association. Pat is survived by his Wife: Judy Cuthbert of Latonia, KY; Daughter: Tracy (Greg) Hoffman of Independence, KY; Son: Timothy (Suzy) Cuthbert of Independence, KY; Step-Daughter: Cindy (Larry) Couch of Belleview, KY; Step-Son: Ernie Hearn of Owenton, KY; Sister: Norma Cuthbert of Walton, KY; 5 Grandchildren and 5 Great Grandchildren. The Visitation will be on Thursday, December 27, 2012 at Connley Brothers Funeral Home in Latonia, KY from 9:30 AM until the Funeral Service at 12 NOON. Interment in Independence Cemetery in Independence, KY. Memorials to: Charity of the Donor’s Choice. Online Condolences may be made at: www.connleybrothersfuneralhome.com.

I’ll miss seeing Pat at the Northern KY Coin Club meetings. He always brought in interesting items for show and tell. He was a popular member of our Club, and will be missed.

Grandpa pat will be greatly missed. Thanks to all that was in his life, as you made him who he was.
Love,
Jenn, Jess, Jacob

My heartfelt sympathy to the members of the Cuthbert family in the passing of Pat. He was loved and will be remembered by those who knew him.

You have my deepest sympathy.
May caring thoughts comfort you at this time of sorrow.

Judy their are to many good times to mention that our family’s have spent together. We really missed you and Pat when we moved more than you know. Pat was the best neighbor anyone could ever have. You guys were like family especially with Stacy’s growing up. We will never forget you guy’s. Terry & Linda

So sorry to learn of Pat’s passing. I remember the times we played together as kids. My condolences to the family.