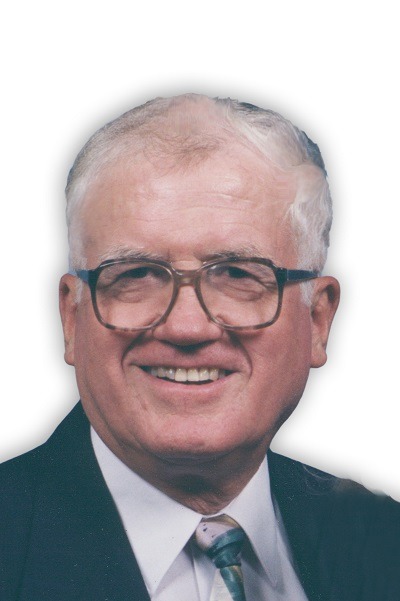 Philip Thomas Hines, 91, formerly of Broadview
Heights, Ohio passed away peacefully on
January 22, 2018 at the Good Shepherd
Care Center in Mason City, Iowa. Burial
will be at Evergreen Cemetery in
Southgate, Kentucky. A memorial service
will be held in Brecksville, Ohio at a later
date (spring 2018).
Philip was born May 19, 1926 in Elmwood
Place, Ohio to Otha and Margaret Singleton
Hines. He grew up in humble beginnings
during the Great Depression and learned
the value of hard work from the time he was
young. This philosophy followed him for the
rest of his life. He was united in marriage
for 60 years to Gloria Teufel Hicks of
Covington, Kentucky and to this union 3
children were born.
Philip graduated from Hughes High School
in Cincinnati, Ohio and attended the
University of Cincinnati on their work/study
program. He entered the U.S. Navy on
March 1, 1944 and participated in their
flight-training program at the University of
Notre Dame, Bunker Hill (Indiana), and the
University of Iowa reaching the rank of
Aviation Cadet V-5. Following his military
service Philip returned to the University
of Notre Dame and graduated in 1948 with
an aeronautical engineering degree. Philip
continued to have a close relationship with
Notre Dame all his life.
After graduating from Notre Dame Philip
was employed as an engineer for the
Boeing Company in Seattle, Washington
where he was instrumental in helping
develop some of the first air to air refueling
systems. In 1950 Philip and Gloria returned
to Cincinnati, Ohio where he took a position
with General Electric Co. During the next
37 years he worked for G.E. in various
capacities including plant manager and
quality control director in several Ohio
locations.
Philip always enjoyed annual family
gatherings and reuniting with extended
family members. He served as a Boy Scout
scoutmaster for several years. Philip had a
keen interest in horses and during
retirement enjoyed owning an acreage
where he could work with his horses and
also enjoy his other hobby of vegetable
gardening. Woodworking was another area
of interest; even in his final years of living
independently Philip enjoyed making a
variety of wooden projects. He was an
active member of the Brecksville Methodist
Church (Ohio) for over 40 years.
Philip moved to the Good Shepherd Care
Center in May, 2016 and this became his
home for the next 20 months. The family
wishes to thank Dr. David Ruen, the Good
Shepherd staff, and Hospice of North Iowa
for the wonderful care he received during
this chapter of his life. A special thanks
goes out to all who worked with and knew
Philip on the 2nd floor, SE unit of the Good
Shepherd.
Philip is survived by his children, Philip T.
Hines, Jr. (Mary) of Racine, Wisconsin,
Nancy Marsh (Dennis) of Mason City, Iowa,
and Jane Taylor (Nik) of Charlotte, North
Carolina; four grandchildren, Elizabeth
Hines, Philip T. Hines III (Tori), Tyler Hines
(Michelle), and Madison Taylor; 3 great
grandchildren; and sister Virginia Brown of
Ohio.
He was preceded in death by wife, Gloria,
parents Otha and Margaret Hines, sister
Cleta Williams, and brother Burtice Hines.
The family suggests that those wishing to
make a donation in Philip’s memory
consider a contribution to the International
Rett Syndrome Foundation.

Our condolence and prayers are with the Hines family. I will always cherish my time with Phil and our friend Bob at our many breakfast meetings over the years as we discussed corporate life, life’s teachings, and importance of faith. We enjoyed being with Gloria and Phil in different settings and their wisdom will always be a part of us. Kendall and Dee Lancaster

Condolences on the loss of Mr. Hines. His hobby ” acreage” is still under our care. A tree will be planted in his memory on the farm this spring. Bless you all.
Sincerely yours,
The Rustics