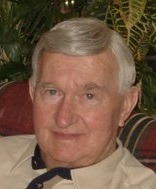 Former Kentucky State Representative Phillip E. “Phil” King, Sr. passed from this world peacefully, at home, on December 10, 2015 at the age of 86. He was a lifelong resident of Kenton County, a WWII veteran and a lifetime member of Oak Ridge Baptist Church. He was an alumnus of Georgetown College and graduated from University of Cincinnati College of Law in 1959. He served six terms in the Kentucky House of Representatives where he was instrumental in the passage of laws that significantly benefited Northern Kentucky. Notably, he was the author and floor sponsor of the bill creating Northern Kentucky State College in 1968, and the co-sponsor of the legislation elevating Northern Kentucky State College to University status in 1976. In addition to a law practice Phil was employed as a switchman for the L&N Railroad and served as a union representative. After taking an early retirement from the railroad in 1987, Phil served as a deacon at Oak Ridge Baptist Church and devoted himself to the study of scripture and Bible teaching as well as his family. He was the owner of Haggis Restaurant in Latonia where the family frequently congregated enjoying friendships with employees and patrons. Although Phil served in many leadership roles throughout his life he would want to be remembered as a man of faith who loved his wife of sixty four years and his family. He was preceded in death by his granddaughter, Christina Nicole Hammons, four brothers and three sisters. He was survived by his wife, Zelma Roberts King, his children, Sandra June Hammons (Steve), Phillip E. King, Jr. (Rae Treadway), James Christopher King, and Terri King Schoborg (Jeffrey), nine grandchildren and many nieces and nephews. Visitation will be at Oak Ridge Baptist Church on Tuesday, December 15, 2015 from 4 PM until 7 PM. The funeral service will be at the Church on Wednesday, December 16, 2015 at 12:00 PM (Noon). Interment will be in Highland Cemetery. Memorials are suggested to Oak Ridge Baptist Church, 6056 Taylor Mill Road, Covington, Kentucky 41015. Online condolences may be expressed at www.connleybrothersfuneralhome.com

Terri,
My thoughts and prayers are with you and your family. I am sorry for your loss. You and yours will be in my prayers.
Brandie