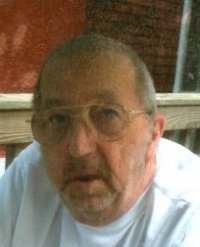 Richard (The Dickster) Ballinger, age 73 of Covington, KY passed away on Sunday, November 25, 2012 at St. Elizabeth Health Care in Edgewood, KY. He Retired from GE in Evendale, Ohio as a Machinist. He was an Army Veteran and a member of the Teamsters Union. He Loved to go Fishing. He was preceded in death by a Son, Thomas James Ballinger in 1970. The Dickster is survived by his Wife: Betty L. Ballinger of Covington, KY; Daughters: Sandra K. Macht of Alexandria, KY, Jeannie Sue Dew of Hopkinsville, KY, Tina L. Cooper of Latonia, KY, Mary M. Brown of London, KY and Bobbie Ballinger of Covington, KY; Sons: Charles Frank Ballinger of Latonia, KY, Richard Gilbert Ballinger, Jr. of Covington, KY and Ricky Ballinger of Edgewood, KY; Step-Sons: Ronnie Lane of Cincinnati, OH and Tommy Lane of Florence, KY; Brothers: Wayne Ballinger of Independence, KY and Ronnie Ballinger of Kenton County, KY; Numerous Grandchildren and Numerous Great Grandchildren. The Visitation will be on Wednesday, November 28, 2012 at Connley Brothers Funeral Home in Latonia, KY from 9 AM until the Funeral Service at 11 AM. Honor Guard Service and Interment in Floral Hills Cemetery. Memorials to: The Salvation Army 1806 Scott Blvd. Covington, KY 41014. Online Condolences to: www.connleybrothersfuneralhome.com.

Thanks for the use of your birth certificate!,It helps me and my son(Richard balliger jr.) to hide from the DEA and the FBI,so we can continue to deal large quantities of methamphetamine.

Tina & family
I am so sorry to hear of your loss. My thoughts & prayers are with you through this time of sorrow. Always, always cherish the memories that you are Blessed to have shared with your dad. God Bless.