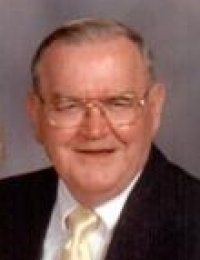 Rich Buechel, age 80, of Newport, Kentucky passed away on Tuesday, December 18, 2012 at the St. Elizabeth Health Care Hospice in Edgewood, KY. He was the Owner/Operator of the former Buechel Brothers Grocery in Newport, KY and a member of St. Therese Church in Southgate, KY who also belonged to many clubs and organizations including; St. Therese Over 50 Club, Knights of Columbus, St. Vincent DePaul Society, Former Campbell County Juvenile Officer, Former Newport Planning & Zoning Commissioner, Newport Catholic Booster, 1950 Graduate of Newport Catholic High School, and was twice honored as a Kentucky Colonel. Rich was Blessed with 60 years of marriage to his Loving Wife: Anne Berry Buechel of Newport, KY; Daughter: Cindy (Dave) Slocum of Burlington, KY; Sons: Rick (Terry) Buechel of Newport, KY, Jim (Laurie) Buechel of Covington, KY, Steve (Missy) Buechel of Burlington, KY, and Gerry (Cheryl) Buechel of Hebron, KY; Brothers: Jim (Marge) Buechel of Newport, KY and Bill Buechel; 20 Grandchildren and 18 Great Grandchildren. Visitation will take place on Friday, December 21, 2012 at Connley Brothers Funeral Home in Latonia, KY, from 4 PM until Prayers at 7 PM. The Mass of Christian Burial will take place at St. Therese Church in Southgate, KY, on Saturday, December 22, 2012 at 10 AM. Interment will follow at St. Stephen Cemetery in Ft. Thomas, KY. Memorial Contributions should be made to a charity of the Donors Choice and Online Condolences can be left at www.connleybrothersfuneralhome.com

The staff of American Cancer Fund™ at www.AmericanCancerFund.org is sorry to hear of Richard’s passing. We have just received a memorial donation in his name and our sincere condolences go out to his family.

Cheryl and Gerry,
Sending prayers, good thoughts, strength and support wrapped in a bundle of love. Our thoughts and prayers are with you and we hope the memories keep the laughter in your lives. It’s difficult to say good bye, esp to a parent, you can find comfort knowing your dad is home and in a better place and someday we will all be home with him.
Love Lynn and Ken

So sorry to hear of Rich’s passing. He was a great guy and sure did make some great wine!!
He will be thought of often and missed dearly! Our Sympathy to the whole family.
Carol and Mark Buemi

May happy memories carry you through this sorrowful time. Our thoughts and prayers are with the Buechel family. Gary & Pam Goetz

Mr Buechel was a very good man and will be missed. He told the worse jokes but his laughter was the best. It makes me smile when I think him. He is now telling his jokes in heaven.

We’re so sorry that we can’t be there, but know that you have our love, our thoughts and prayers. God Bless.

The thoughts and prayers of the Cheek family are with you during your time of mourning.