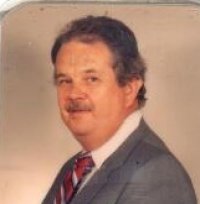 Richard W. Herrmann, age 72 of Latonia, KY passed away on Fri., Sept. 16, 2011 at St. Elizabeth Health Care Hospice in Edgewood, KY. He Retired as a Sergeant with the Covington Police Department in 1989. He was a member of American Legion, F.O.P., a Kentucky Colonel, a Graduate of Holy Cross High School , avid UK Fan, and An Army Veteran of the Vietnam Era. He is survived by his Wife: Rebecca L. Herrmann of Latonia, KY, Daughter: Kristy Herrmann of Erlanger, KY, Son: Tim Herrmann of Erlanger, KY, Step-Daughter: Tina Robinson of Erlanger, KY, Sisters: Rosemary Youger of Edgewood, KY and Joyce Allender of New Richmond, OH, Grandchildren: 4, Step-Grandchildren: 4 and Step-Great Grandchildren: 5. The Visitation with Police Honors will be on Tues., Sept. 20, 2011 at Connley Brothers Funeral Home in Latonia, KY from 9 AM until the Funeral Service at 11 AM. Interment and Honor Guard Service in Floral Hills Memorial Gardens. Memorials to: Charity of Donor’s Choice. Online Condolences may be sent to:www.connleybrothersfuneralhome.com

I worked with Dick on the Police Department and at TriHealth as well. Dick was a very caring and compassionate Officer at all times. He will be missed.

We were sorry to hear about Dick.I have known Dick since he was growing up on Holman St. He woked with me and for me on the Police Department and at Tri-Health for many years.He was a gentle man who cared about everyone. He will be MISSED! Art & Renita Heeger