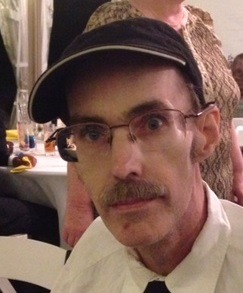 Robert Avon Huenefeld, 50, of Newport, KY passed away on Monday, December 28, 2015 at St. Elizabeth Healthcare in Fort Thomas, KY. He was a member of Holy Cross Church in Latonia, KY. Robert was an accountant, teacher and dancer with Ziegler Studio of Dance, he played College Volleyball and participated in the U.S. Volleyball Association and he was a Fort Scott Camp Counselor. He was preceded in death by his Parents: Bill and Alice Huenefeld. Robert is survived by his Partner: Mason S. Proudfoot; Sisters: Kathy (Charlie) Sayre, Diana (Tom) Kennedy, Brenda Gold and Karen Hunter; Brothers: Will (Karen) Huenefeld and Brian Huenefeld and numerous Nieces and Nephews. Visitation will be on Thursday, December 31, 2015 from 9:30 AM until the Funeral Service at 11:00 AM at Connley Brothers Funeral Home, 11 East Southern Avenue, Covington (Latonia), KY 41015. Interment will be in Highland Cemetery in Fort Mitchell, KY. Memorials are suggested to Stop AIDS Cincinnati, 220 Findlay St., Cincinnati, OH 45202. Online condolences may be expressed at www.connleybrothersfuneralhome.com.

I just recently heard of Bob’s passing. Bob was a heck of a volleyball player and was a lot of fun to play with. He was also a really nice guy. RIP Bob! Our condolences to the family.

Im so sorry to hear of Bobbys passing! He was a kind kind man and a good dance partner when we were kids. Sending love and healing thoughts to the whole family from angie schworer in nye!love you guys Angie

I performed with Bobby during the summer of 1987 at King’s Island. I remember this wonderful tap dancer, very athletic, and an incredibly nice guy who was so highly regarded by his fellow co-workers. My sincere condolences to Mason and his family. I’m very sad to hear of his passing.