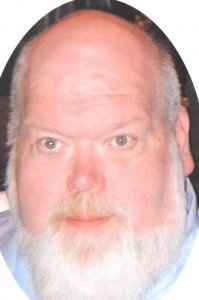 Rodney (Mac) McDermott, age 51 of Latonia, KY passed away on Dec. 26, 2012 at his home. He was a Retired Corporate Security Officer with Macy’s HQ in Cincinnati, OH. He was also a manager and a doorman at numerous bars such as Vegas Club, Neons and Mr. Pitifuls. He protected celebrities such as Bruce Springsteen, Prince, Van Halen, as a long time concert security officer with Front Row Security. Mac took pride in being an honest hardworking average guy. His life revolved around his work, his family and his friends. He was a gentle giant, proud of his Irish heritage, and liked to joke that he was the world’s biggest Leprechaun. He never met a stranger and was a true friend to all. Mac was also very devoted to his family, especially his niece, nephews, and grand nephews. He was preceded in death by his Father: Lloyd (Big Mac) McDermott, his Mother: Jenny McDermott, and Brother: Phillip McDermott. Mac is survived by his Sisters: Kathy McDermott and Maureen McDermott; Brother: Tim (Cathy) McDermott; Niece: Jennifer McDermott; Nephews: Joshua (Catrina) McDermott, Jason (Stephanie) Shaw and Jon McDermott; Great Nephews: Isaac, Logan and Eli. The Visitation will be on Saturday, January 5, 2013 at Connley Brothers Funeral Home in Latonia, KY from 3 PM until the Service at 4 PM. with a Reception to follow at Legends Bar in Latonia. Memorials to: Rodney(Mac) McDermott Memorial Fund C/O Any Fifth Third Bank. Online Condolences may be made at www.connleybrothersfuneralhome.com.

Tim, Kathy and Maureen:
So sorry to hear of Rod’s passing. You and your family are in our thoughts and prayers.
Rick and Nancy Collett

Mac was a good friend that I knew from Macys, but also from friends @ PFCs when he lived in Harrison many years ago.I will remember him as a warm, honest, big hearted fella; who was a comfort to me when I lost my mother. He never got over the loss of his Mom and liked talking about her. I will miss his hugs ????

I worked with Mac for seven years, he was a gentle giant and I feel blessed to have known him! There were times I’d leave work at all hours of the night and Mac always took care that I made it to my vehicle safely. I cared for him deeply and will miss his smiling face. My deepest condolences to his family and God Bless!!

Mac was a big man but had a bigger heart! He will be missed, god bless him and his loved ones.

I am so sorry to here of Mac’s passing. I retired from Macy’s HQ in 2009 but when I worked there I felt safer knowing he was protecting us. You have my prayers.

We first met Mac when his Aunt Norma & Uncle Charlie lived accross the street from us. He would visit and do different chores for them, if needed, because they were family. They passed away but I met Mac again when he began working at my place of employment (Macys Corp. Office) as a security guard. He was a good guy with a big heart who cared about people. Our prayers & sympathy are shared with you today.

I will miss “Mac”, he was a very sweet person. Always thinking of others. So long friend.

we are so saddened to hear of big macs passing we have known mac for a long time from the good old days of neons and jefferson hall we will miss him alot and his horrible version of barry white that he always cooed to me.

Tim, Kathy and Maureen, I am so sorry to hear of Rod’s passing. I didn’t know him that well, but it sounds like he was a wonderful person. Please know that all of you are in my thoughts and prayers.
Judy Malone

I am an Erlanger police officer from way back in the day and we have missed Mac since the old Vegas club days. He was a great guy and took care of business firmly when necessary but always fairly and compassionately.
I remember a fight we were in with three steel workers outside the door. Mac was holding the rest of the guests inside the club, the door seemed like it was swelling like an old Tex Avery cartoon, but Mac kept them contained until our fight was over. He always had our backs.
Turns out the steel workers were the uncles of one of our future cops and we all had a big laugh about it later.
Please accept my condolences. I am very sorry for your loss and sorry that I had not seen him in so many years.

I worked with Mac for many years. He was loyal to his family and a good friend. He will be missed.

Our deepest sympathy on the death of your brother.
Trina, Angela, and Lucy Whittemore

I was so very sorry to hear of your brother’s death. I certainly understand how tragic this loss can be to a family. Please know that my sincere thoughts and prayers are with each one of you!

Tim, Kathy, Maureen,
There are no words that can truly express my sadness at hearing of the loss of Rod. He is one of those true friends that, even when we hadn’t seen each other in years, we could pick up our conversation like it had only been hours since our last meeting. We began and ended each conversation with giant hugs (which wasn’t always easy considering the height difference). I will miss Rod deeply. My thoughts and prayers, and those of my family, will be with you all.

JOANN WORKED WITH MAC FOR 25 OR SO HE WAS A GOOD FREND WE WILL MISS HIM.JOANN ALWAYS WOULD TALK WITH MAC THEY WOULD ENCOURGE EACH OTHER IN THERE SICKNESS.SHE LOVED MAC HE WILL BE MISED MY US BOTH.

JOANN WORKED WITH MAC FOR 25 OR SO HE WAS A GOOD FREND WE WILL MISS HIM.JOANN ALWAYS WOULD TALK WITH MAC THEY WOULD ENCOURGE EACH OTHER IN THERE SICKNESS.SHE LOVED MAC HE WILL BE MISED MY US BOTH.

Mac was a “big” man in more ways than one. He had a big heart and a smile that I’ll never forget. He was respectful and thoughtful – a gentle giant. Mac deserved the best of everything.
He was one of kindest people I have ever knew. We had many conversations about many different things. He will be greatly missed. Very sorry for the family’s loss.