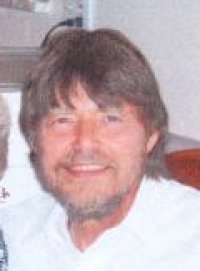 Ronald Dorman, age 66, of Crittenden, KY passed away on Wednesday, February 6, 2013 at his home. He retired from General Electric as a Welder after 25 years. Ronald was a member of the Latonia Masonic Lodge #746 F. & A.M., Boone County Bow Hunter’s Club and the Lloyd Wildlife Skeet Club. He was also an avid hunter and fisherman as well as a Musician who played the Bass Guitar. He is Survived by his Son: Scott Dorman; Fiance: Barbie Beier; Sisters: Lorraine Mason and Ruby Miller; Brothers: Bill Dorman and Fred Dorman and Grandchildren: Megan Dorman, Samantha Dorman and Andrew Dorman. Visitation will be held at Connley Brothers Funeral Home in Latonia, KY on Tuesday, February 12, 2013 from 10:30 AM until the Masonic Service at 12:10 PM, followed by the Funeral at 12:30 PM. Interment will follow at Floral Hills Memorial Gardens in Taylor Mill, KY. Memorial Contributions are suggested to the American Cancer Society 297 Buttermilk Pike Ft. Mitchell, KY 41017. Online Condolences may be left at www.connleybrothersfuneralhome.com

My thoughts and prayers are with you all.