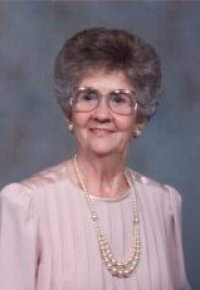 Rosetta Delaney, age 87 of Williamstown, KY formerly of Corinth, KY, passed away on Friday, April 27, 2012 at Grant Manor Care & Rehabilitation Center in Williamstown, KY. She Retired as Postmaster with the Corinth Post Office and she was a member of Corinth Baptist Church. Rosetta is survived by her Son-in-Law: Anthony Motley of Corinth, KY, Grandchildren: Tony (Becky) Motley and Eric Motley, Great-Grandchildren: Courtney, Rachel & Ellen Motley, Nephews: Steve Nunnelley of Crittenden, KY and Stewart (Faye) Nunnelley of Crittenden, KY.
The Visitation will be on Monday, April 30, 2012 at Corinth Christian Church from 11 AM until the Funeral Service at 1 PM. Interment in Corinth I.O.O.F. Cemetery. Memorials to: Charity of Donor’s Choice. Connley Brothers Funeral Home in Latonia, KY is serving the family. Online Condolences may be made at: www.connleybrothersfuneralhome.com.

Dear Motley Family,
I was not able to attend the funeral. Please accept my condolences. Your family has had a great deal put upon it the past few months. I pray God will comfort you and be close to you during these times.
Sincerely, Brenda Wynn Caudill

I knew Rosie first as postmaster in Corinth, then as a friend. Later, it was her smiling face that greeted me each time I visit Grant Manor. She’ll be greatly missed!

Such a geat loss for everyone who knew her. She was a wonderful lady who always had a smile no matter how bad she felt. We won’t be able to make it on Monday, but know that our thoughts and prayers are with you all. ~Willie Elsie and Family

My sincere sympathy to Rosetta’s family. She was one of the first people I met when I moved to Corinth in 1984. She set up my Post Office box and informed me I was her next door neighbor. She even explained how we were related. Always helpful when I wasn’t able to pick up my mail and a great neighbor. A great loss to the community of Corinth.